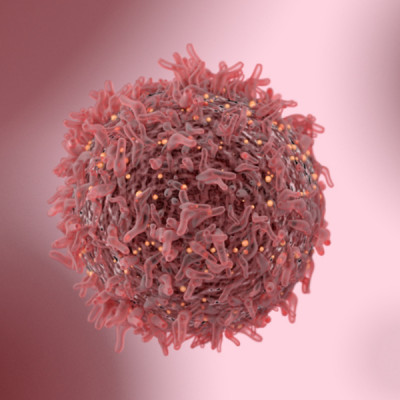 Founded in 2017, Artidis has raised $15.1 million and hopes to enter the U.S. market for cancer diagnosis by 2022. But the startup first has to convince the FDA that its device works.

A Switzerland startup is testing a device that relies on nanotechnology to speed up cancer diagnoses, a goal shared by many researchers and entrepreneurs around the world.

Nanotechnology is a promising approach, according to the National Cancer Institute. In addition to diagnosing cancer earlier and more quickly, it has the potential for aiding in treatment decisions. The hope for nano-oncology applications is that it is also less toxic than chemotherapy.

Founded in 2017, Artidis is hoping its device can do both, starting with breast, lung and pancreatic cancers, according to Marija Plodinec, co-founder and CEO of the company. Artidis employs 22 people in both Switzerland and the U.S.

The device – also known as Artidis – relies on a proprietary nanomechanical biomarker and clinical-data analytics to diagnose cancer in biopsied tissue. The biomarker also can gauge a cancer’s aggressiveness, allowing for customized treatment. 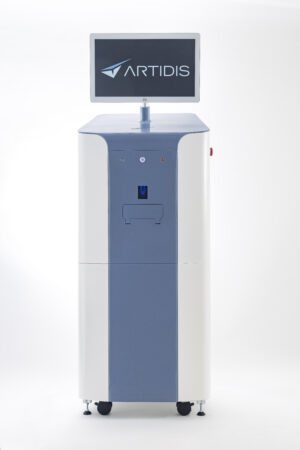 The Artidis device relies on a proprietary nanomechanical biomarker and clinical-data analytics to diagnose cancer in biopsied tissue.

Results are available in less than three hours, beating the days it can take after a traditional biopsy, Plodinec wrote in an emailed response to questions forwarded by a spokesperson. A cancer biophysicist, Plodinec began researching the technology used by Artidis in 2008 when she was a graduate student at the University of Basel in Switzerland.

“Breast cancer is the most common form of cancer in women and I wanted to invent a device that would reduce the stressful period of uncertainty before you receive a cancer diagnosis,” Plodinec wrote.

Since its founding three years ago, Artidis has raised $15.1 million in seed money from investors including Bernina Bioinvest and SMD MedicalTrade AG, both based in Switzerland.

With an eye on expanding in the U.S., Artidis hopes to raise another $20 million in Series A funding by the end of 2020. The company aims to enter the market in 2022 and is currently finalizing its pre-submission files to submit to the U.S. Food and Drug Administration, Plodinec said. Hospitals and health systems would be able to buy or lease the device and its accompanying software, she said.

In a study involving 545 patients in Switzerland from 2016 to 2019, Artidis proved effective in detecting breast cancer in a routine clinical setting. Presented at a June meeting of the American Association for Cancer Research, the study also showed the device’s potential for assessing a tumor’s future growth.

“Secondary analyses indicate that this novel technology will be able to subclassify the breast cancer subtypes into more or less aggressive subgroups, which could define the patients’ treatment plan and thus reduce over- and undertreatment,” Dr. Rosemarie Burian, the study’s lead investigator and a gynecologist at the Breast Center at the University Hospital Basel, said in a statement announcing the results this summer.

Artidis is planning to launch a multi-center study for breast cancer in the U.S. by the end of the year and a similar study in Europe at the start of 2021, Plodinec wrote. Proof-of-concept studies in lung and pancreatic cancer are also slated to begin in early 2021.

In the U.S., Artidis has been collaborating with the MD Anderson Cancer Center at Texas Medical Center in Houston, Plodinec said, adding that the company is talking to other U.S. cancer centers.

“Artidis can be used to analyze any living tissue, so the growth potential is vast,” she wrote.