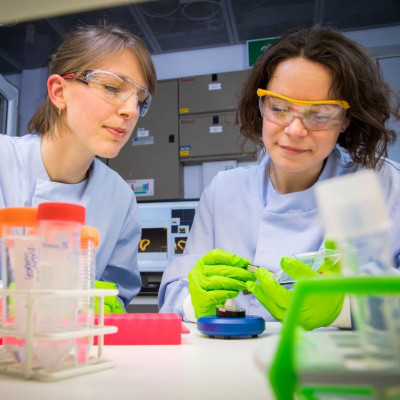 The evolution of antibiotic-resistant bacteria is a growing problem across the globe. Now, scientists say they have a faster way of detecting antibiotic resistance by using nanotechnology.

The standard method for detecting resistance in bacteria takes between 12 and 24 hours, but researchers have developed a new, quicker way of picking up on the bacteria — in just 45 minutes!

The new study could improve healthcare providers’ ability to prescribe antibiotics correctly and reduce the misuse of antibiotic treatments — a key step in the fight against antibiotic resistance. The ability to reduce this time could significantly alleviate this worldwide issue. It’s a problem which is predicted to cause 10 million deaths per year and cost the global economy $100 trillion by 2050.

“We were able to show that our faster method was able to reproduce values from gold standard measurements … in a fraction of the time,” says study co-author Dr. Alice Pyne from the University of Sheffield’s Department of Materials Science and Engineering, in a statement.

The breakthrough method uses a nanomechanical cantilever sensor together with a laser to detect single bacterial cells as they pass through the laser’s focus. This provides a simple readout of antibiotic resistance by detecting growth or death of the bacteria. By placing a reflective surface — a small stiff cantilever — in a filtered growth medium in a petri dish and reflecting a laser off it onto a photodiode detector, it is possible to detect bacteria as they pass through the path of the laser, therefore altering the signal at the detector.

Following the addition of the antibiotic to the petri dish, the study shows that it is possible to detect whether fewer bacteria interfere with the laser beam, thereby indicating cell death in the antibiotic-sensitive bacteria.

“Our method allowed us to quickly differentiate between resistant and sensitive phenotypes in multiple strains of E. coli, a bacteria implicated in a number of challenging infections including UTIs,” says Dr. Isabel Bennett, a study co-author from the University of College London.

The research by the all-female team of scientists is published in the journal ACS Sensors.