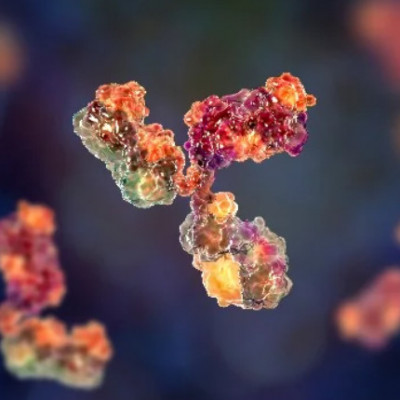 Two separate studies have identified nanobodies - which could be produced less expensively than monoclonal antibodies - that bind tightly to the SARS-CoV-2 spike protein and efficiently neutralize SARS-CoV-2 in cells.

"The combined stability, potency, and diverse epitope engagement of our ... nanobodies ... provide a unique potential prophylactic and therapeutic strategy to limit the continued toll of the COVID-19 pandemic," write authors on one paper (Michael Schoof et al.)

In the battle against COVID-19, monoclonal antibodies that bind to the spike protein of the SARS-CoV-2 virus are being explored as potential therapeutics. These show promise but must be produced in mammalian cells and need to be delivered intravenously. By contrast, single-domain antibodies called nanobodies can be produced in bacteria or yeast and their stability gives the potential for aerosol delivery.

Both papers describe nanobodies that bind tightly to the spike and efficiently neutralize SARS-CoV-2 in cells. Xiang et al note that thermostable nanobodies they developed can be rapidly produced in bulk from microbes. "We envision that the nanobody technology described here will contribute to curbing the current pandemic and possibly a future event," they say.