Implantable Sensor Could Measure Bodily Functions and Then Safely Biodegrade 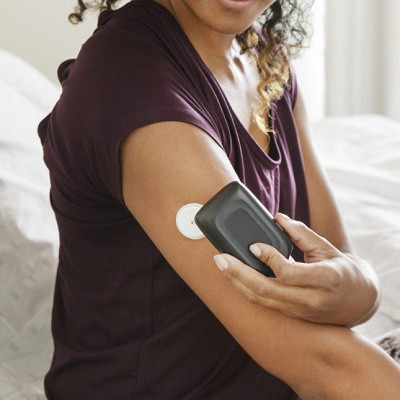 Sensors that monitor a patient's condition during and after medical procedures can be expensive, uncomfortable and even dangerous. Now, an international team of researchers has designed a highly sensitive flexible gas sensor that can be implanted in the body -- and, after it's no longer needed, safely biodegrade into materials that are absorbed by the body.

In a study, the researchers reported they designed a flexible and implantable sensor that can monitor various forms of nitric oxide (NO) and nitrogen dioxide (NO2) gas in the body. Monitoring these types of gases is important because they can play either a beneficial or, sometimes, harmful role in human health, according to Huanyu “Larry” Cheng, Dorothy Quiggle Career Development Professor in the Department of Engineering Science and Mechanics and an affiliate of the Institute for Computational and Data Sciences.

Nitric oxide, for example, which is produced naturally in the human body, plays an important role in health because it relaxes or widens blood vessels to enhance blood flow, allowing oxygen and nutrients to circulate through the body. On the other hand, exposure to nitrogen dioxide from the environment is linked to the progression of conditions such as chronic obstructive pulmonary disease, said Cheng, who is also affiliated with the Materials Research Institute. Nitric oxide is highly reactive and can be transformed into nitrogen dioxide when exposed to oxygen. 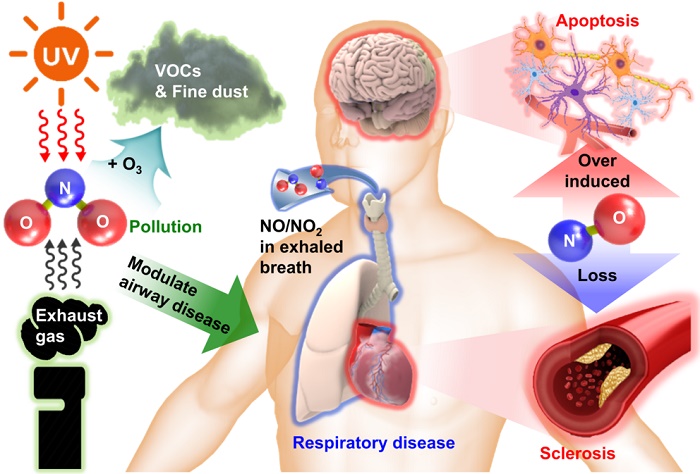 Researchers say that a flexible and implantable sensor that can monitor various forms of nitric oxide (NO) and nitrogen dioxide (NO2) gas is important because these gases can significantly impact human healt.

The team, which reports their findings in the current issue of NPG Asia Materials, available online now, added a twist to their sensor design by making it from materials that are not just implantable, flexible and stretchable, but also biodegradable. While current devices are used outside of the body to monitor gas levels, Cheng said they are bulky and potentially not as accurate as an implantable device. Implantable devices, however, need to be removed, which could mean another operation. The researchers investigated a design that does not need to be removed.

“Let’s say you have a cardiac surgical operation, the monitor outside of the body might not be sufficient to detect the gas,” said Cheng. “It might be much more beneficial to monitor the gas levels from the heart surface, or from those internal organs. This gas sensor is implantable, and biodegradable, as well, which is another research direction we’ve been working on. If the patient fully recovers from a surgical operation, they don’t need the device any longer, which makes biodegradable devices useful.”

According to the researchers, all of the components are biodegradable in water or in bodily fluids, but remain functional enough to capture the information on the gas levels. In this case, the researchers made the device’s conductors — the elements that conduct electricity — out of magnesium, and for the functional materials, they used silicon, which is also highly sensitive to nitric oxide. 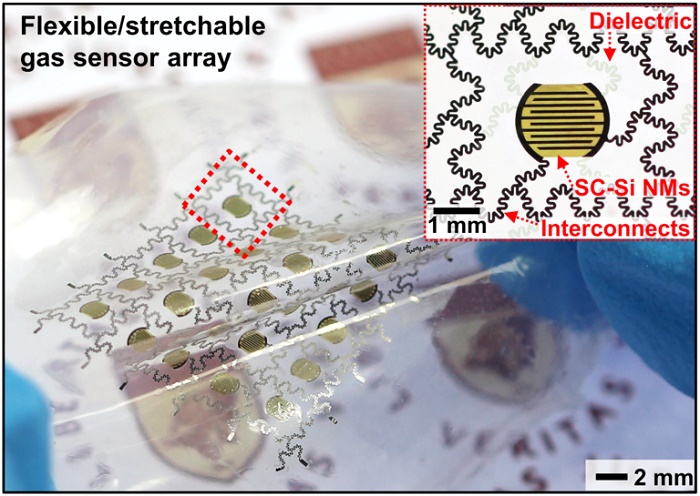 Flexible materials give researchers a chance to design sensors that are ideally suited for monitoring NO-type gases inside and outside of the body.

The body can safely absorb all of the materials used in the device. An added benefit of the design is that the materials dissolve at a slow enough pace that would allow the sensors to function in the body during a patient’s recovery period.

“Silicon is unique — it’s the building block for modern electronics and people consider it to be super-stable,” said Cheng. “Silicon has been shown to be biodegradable, as well. It can dissolve in a really slow manner, at about one to two nanometers a day, depending on the environment.”

According to the researchers, the sensor was tested in humid conditions and aqueous solutions to show that it could stably perform in the harsh conditions of the body.

The team used computational resources of ICDS’s Roar supercomputer to create the computer simulations that can calculate extremely small changes caused by slight changes of shape, or deformations, of the material.

“We base the measurement on resistance, which can change based on the gas absorption, but it can also be changed due to the deformation,” said Cheng. “So, if we deform the sensor on the skin surface, that will cause a large force and a large change in resistance and we would have no idea whether the gas’ performance is from the deformation, or the exposed environment.”

The researchers say future work could look at designing integrated systems that could monitor other bodily functions for healthy aging and various disease applications.