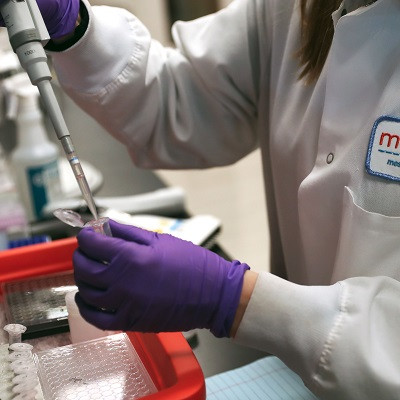 Moderna Inc. claims its candidate can protect against the lethal disease and can be stored in a normal refrigerator for 30 days.

It’s still early days, but the news from the COVID-19 vaccine front continues to bring much-needed hope to a virus-ravaged world.

On Monday, Moderna Therapeutics announced the first batch of interim results from its highly watched phase three clinical trial. The company claims its vaccine candidate is 94.5-percent effective—a startling sequel to last week’s revelation by the pharmaceutical companies Pfizer and BioNTech that their version had a similar success rate. On November 18, Pfizer doubled down on its claim and concluded its trial, with the company ultimately seeking FDA approval for its candidate by week’s end.

Given both are mRNA vaccines, the news provides additional proof that this cutting-edge technology might be ready for the first approval in its decades-long history.

The big takeaway is that these recent vaccine announcements, including a third one reported in Russia, show the science is working, says Maria Elena Bottazzi, co-director of the Texas Children’s Hospital Center for Vaccine Development in Houston. “We know these vaccines are inducing some good immunological responses.”

Although Moderna gave only a glimpse of the data, it offered more details than its competitors. Specifically, the company shared demographics on the volunteers in the interim analysis, which involves a subset of patients with confirmed cases of COVID-19 among the 30,000 people in the phase three trial.

The data included the number of people in high-risk groups, such as adults over age 65 and ethnically diverse participants. Like Pfizer, Moderna argues that the analysis met its primary goal of preventing infection, given that five cases occurred in the vaccinated group while 90 people caught the coronavirus in the unvaccinated, or placebo, group. But Moderna’s disclosure also included information on disease severity: 11 severe cases were recorded among placebo takers, while none occurred among those vaccinated.

Perhaps the biggest bombshell was a separate announcement saying that Moderna’s vaccine can be stored at 2 to 8 degrees Celsius (36 to 46 degrees Fahrenheit) for 30 days. That’s the temperature found in a normal refrigerator or in a cooler filled with ice. This feature may give Moderna an edge because it makes mass distribution less challenging in rural areas and low-income countries.

By contrast, the Pfizer vaccine has to be kept at minus 70 degrees Celsius (minus 94 degrees Fahrenheit)—a fact that has led public health officials to fear that it may be disproportionately accessible only to wealthy countries and communities that could afford specially-made ultra-cold freezers. Last week, BioNTech CEO Ugur Sahin told Reuters that its vaccine lasted up to five days with refrigeration.

“It makes it easier because you don’t have to come up with new equipment,” says Bruce Y. Lee, professor of health policy and management at City University of New York who studies vaccine supply chains. “Many levels of the supply chain already have refrigerators needed for other types of vaccines.”

As more vaccinations have become available over the last decade, such as for rotovirus and HPV, many countries gained valuable experience in mass logistics: transporting vaccines from manufacturers, storing them in central locations, and then distributing them by refrigerated trucks or motorbikes across towns and countries.

The reason Moderna’s vaccine is more durable in regular refrigeration because its scientists have figured out how to keep it more stable. That was accomplished by mastering a strategic formula of lipid nanoparticles—the structural backbone of the vaccine that doubles as a mode of transporting the drug into human cells, says Aliasger K. Salem, chair of pharmaceutical sciences at the University of Iowa. While the details of Moderna’s science are proprietary, Salem says the company’s COVID-19 vaccine likely builds on its previous work using lipid nanoparticles in immunizations for other infectious diseases, such as respiratory syncytial virus.

Other techniques to bolster a vaccine’s stability include adding more inert preservatives to the liquid used to store the concoction, or tweaking the nanoparticles’ structure to better protect the RNA strand from weathering over time or deteriorating in warmer temperatures.

Despite the advantage of being able to ship and store Moderna’s vaccine using ordinary refrigeration, it’s too early to declare one version a winner. That’s because these frontrunners might perform differently depending on the population’s demographics. In other words, there may be a need for both vaccines.

“It’s really important to match the type of vaccine with the available supply chain and the people who will receive the vaccine,” Lee says. For example, for people who might be difficult to reach (or who are less likely to take a second dose in a two-part vaccine schedule), it might be wise to give them a single-shot vaccine with longer-lasting protection.

Even using the world’s existing refrigeration infrastructure won’t be a picnic. Earlier this year, the German logistics company DHL estimated that 3 billion people lack access to the cold-chain resources needed to supply the vaccine, even when accounting for normal refrigeration. Supply chain bottlenecks are inevitable, Lee says, given that no government or public health agency has had to act so swiftly and at such scale. “There might be a situation in which a Pfizer vaccine is a better fit for some places and the Moderna one is better for others, and we’ve got other vaccines coming down the pike,” he says.

Those decisions will depend on access to more data. In what’s become a growing criticism of such interim results—and their lack of transparency—experts say they’re forced to weigh their initial excitement against potential concerns. For example, Peter Doshi, associate professor of pharmaceutical health services research at the University of Maryland School of Pharmacy, says Moderna’s announcement doesn’t offer much context about the 11 of 90 cases that were deemed “severe.”

Overall, he has been worried that all the COVID-19 vaccine trials use too loose a definition of the word “severe” that “allows mild uncomplicated disease to qualify as severe.” “I want to know so much more about these cases,” he says, adding that such information will be critical to consumers who are weighing the pros and cons of taking a vaccine.

Another consideration is one in 10 people in Moderna’s analysis reported side effects of fatigue and myalgia (body aches), which were defined as significant or prevented daily activity. “For those who were at low risk to begin with, the side effect profile may become very relevant even with a highly effective vaccine,” Doshi says.

Health experts are eager to know how this first batch of vaccines will hold up over the long run and if it will be effective in children and pregnant people, two groups that are underrepresented in COVID-19 vaccine trials. Until those issues have been addressed, people need to regard interim results as a peek into what’s to come. “Let’s wait until the final data,” Bottazzi says. “Let’s also wait to see the peer-reviewed publication that will highlight the science behind the press releases.”

Even as scientists race through these clinical trials, it’s possible that they will release even better versions of COVID-19 vaccines—perhaps creating one that requires less or no refrigeration at all. Biochemists at Pfizer are reworking the chemical formula for their vaccine candidate, which might reduce the temperature needed to store it, says Salem: “They’re working on a powder version that would have even less cold requirements, but it’s a work in progress.”