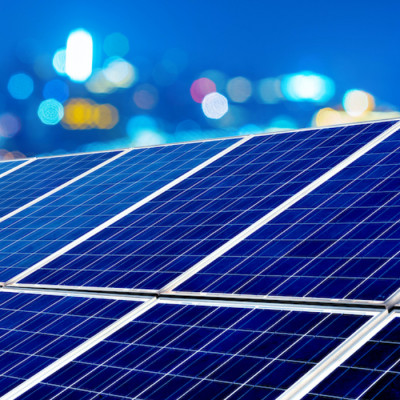 Scientists in South Korea demonstrated a perovskite cell with a certified efficiency of 24.4%. The device is claimed to maintain over 80% of its initial efficiency after 1,300 hours in the dark at 85 degrees Celsius.

Researchers at South Korea’s Ulsan National Institute of Science and Technology (UNIST) claim to have achieved a conversion efficiency of 25.17% in a perovskite solar cell by minimizing the deformation for the microstructure of photoactive layers in the device.

The scientists explained that the microstructure of these layers, which generate an electric charge and send it to electrodes, can be deformed, which affects the efficiency of the charge transfer itself. “This is because the extracted electric charges disappear when defects are formed,” they explained. 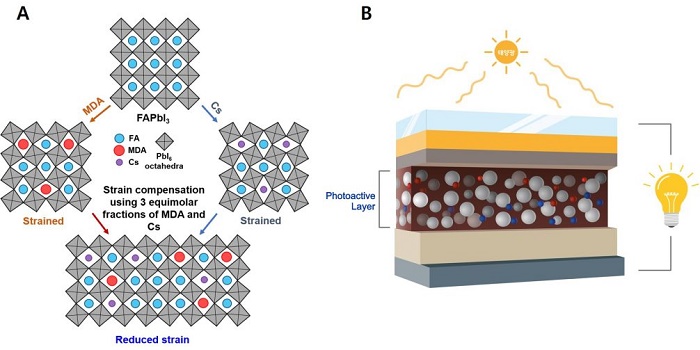 The inner structure of the newly-developed photoactive layer, as well as the working principle of the perovskite cell.

They claim to have succeeded in minimizing the internal defects of the photoactive layers by changing the type and ratio of ions embedded in the layers. These changes were responsible for increasing the solar cell's open-circuit voltage, “Encapsulated devices retained 90% of their initial efficiency after 400 hours of maximal power point operating conditions,” the researchers stated, adding that the certified efficiency of the device is 24.4%.

The Korean team also explained that the cell maintained over 80% of its initial efficiency after 1,300 hours in the dark at 85 degrees Celsius.

The process to prevent the deformation of the photoactive layers is described in the paper Impact of strain relaxation on performance of α-formamidinium lead iodide perovskite solar cells, published in Science.

In 2017, another research team from UNIST unveiled a method for the production of inorganic-organic perovskite solar cells, which has achieved record efficiency levels of 22.1% in small cells and 19.7% in cells measuring 1cm2. These efficiencies have been officially confirmed by the U.S. National Renewable Energy Laboratory.