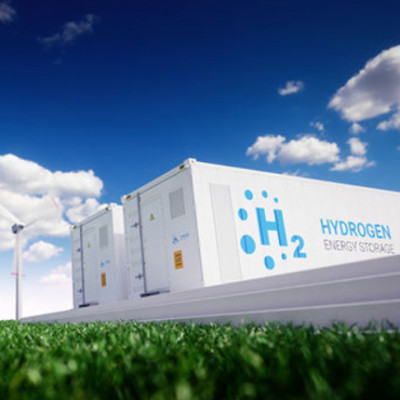 Key breakthroughs have been realized in photocatalytic material developments to produce hydrogen from water under visible and sunlight. Three ternary heterojunctional systems developed at the NANOMO Research Unit of the University of Oulu have been proved as durable catalysts on which solar energy will be converted to chemical energy in forms of hydrogen gases.

Hydrogen is the cleanest fuel source within human’s reach thanks to its high calorific value and combustion product of water. However, present manufactory route of hydrogen gas relies on steam reforming of fossil fuels and yet, produces large amount of CO2 as by-product. An alternative path of catalytically using sunlight to produce H2 from water (H2O) was proposed half a century ago but the efficiencies of the photocatalytic materials are far from satisfactory for industrial applications.  Searching for proper catalytic systems becomes a global challenge.

To tackle problems barring materials innovation, scientists at NANOMO unit constructed semiconductor heterojunctions that harvest sunlight, split water, and evolve hydrogen gas. The heterojunctional composites are composed of primary semiconductors, hetero-sites, and interfacial buffers. After water oxidization on the charged semiconductor due to photoexcitation, the proton will be reduced on the hetero partners by electrons. The interface offers the electron migration channels for such a chemical reduction process.

Following the above design principle, three sequences of photocatalysts have been developed as MoS2-Ag-Ni, I-doped Bi2O2CO3/Bi2WO6 and TiO2-Ag-Ni composites. All three sets show efficient photocatalytic abilities in hydrogen production under visible/sun light. The quantum efficiencies of 7% and 14.9% are reached on MoS2-Ag-Ni and I-Bi2O2CO3/Bi2WO6 systems at optimal conditions respectively. These numbers are approaching these in solar panels that can be used commercially. On the other hand, the 1 gram of TiO2-Ag-Ni photocatalysts can produce 86 µmol hydrogen per hour under 1 W of light. The physical mechanisms that driving solar hydrogen production have also been elucidated at the quantum mechanical levels.

The latest research progresses demonstrated the world-leading role of NANOMO in photocatalyst developments and photocatalysis studies. The unit pioneers in applying fundamental concepts to benefit functional materials innovations and explore physical mechanisms for materials functionalities. The photocatalysis research has been supported by the European Regional Development Fund. It is led by Associate Professor Wei Cao and Professor Marko Huttula.

These studies have been awarded a Finnish patent and published in the top-level engineering journal of Chemical Engineering Journal and a chemistry journal of RSC Advance.

Read the original article on University of Oulu.