This Plastic Film Used in Food Packaging Can Inactivate COVID 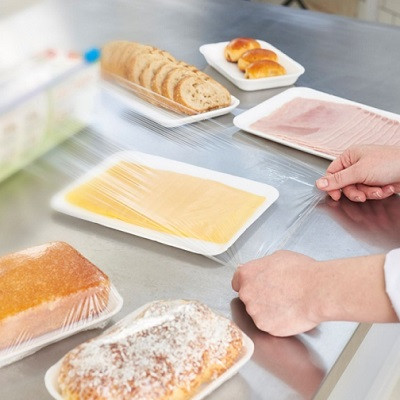 Researchers have claimed that transparent stretchable plastic (PVC) film used in packaging meat, fruit, other foods, and to protect surfaces, can inactivate the novel Coronavirus responsible for the COVID-19 outbreak worldwide.

Marketed by Brazilian plastics manufacturer Alpes, the material contains silver and silica nanoparticles, a technology developed and licensed by Nanox.

In tests conducted at the University of Sao Paulo’s Biomedical Sciences Institute (ICB-USP), the PVC film proved capable of eliminating 79.9 per cent of the particles of SARS-CoV-2 in three minutes and 99.99 per cent in up to 15 minutes.

“Elimination of the virus by the material was extremely effective and fast,” said study author Lucio Freitas Junior from ICB-USP.

“It’s a very different application from the more than 40 products that attack the novel coronavirus tested by us since the start of the pandemic,” Freitas added.

The film was tested against ISO 21702:2019, the technical standard governing the measurement of antiviral activity on plastic and other non-porous surfaces, and requiring demonstration of this capability within four hours.

Samples of the material with and without silver-silica nanoparticles were kept in direct contact with SARS-CoV-2 for varying amounts of time.

After the stipulated periods, the viral particles found in the material were removed and placed in contact with Vero cells to measure the infection and replication rate after exposure to the film.

Vero cells are derived from the kidney of an African monkey and widely used in microbiological cultures.

The viral genetic material was quantified by PCR, showing a reduction of almost 100 per cent in copies of SARS-CoV-2 after 15 minutes of exposure to the film.

“Considering its use in wrapping for food products that are exposed and handled in supermarkets, 15 minutes for the film to eliminate the virus completely from the surface of the material is satisfactory,” researchers wrote.

Read the original article on The Shillong Times.