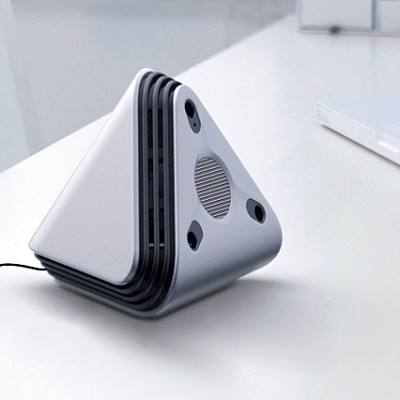 NS Nanotech, inventor of the world’s first semiconductor that emits invisible, virus-neutralizing far-UVC light, announced it is taking pre-orders for its new ShortWaveLight™ Purifier. The portable purifier, which inactivates viruses, microbes, and other pathogens in the user’s personal workspace and airspace, will be available in 2021.

Consumers can reserve a ShortWaveLight™ Purifier on a first-come, first-served basis with a 10 percent deposit on the $199 price at NS Nanotech’s ShortWaveLight™ e-store. Production of the far-UVC air and surface purifier will start in 2021, with shipments beginning in the first half of the year. Visitors to the 2021 virtual Consumer Technology Association CES conference in January will be able to learn more about the new product at the NS Nanotech exhibit booth #10323.

“Our ShortWaveLight™ Purifier is designed as a first line of defense that lessens the viral load in the user’s personal airspace, making face masks and other interventions that much more effective,” said NS Nanotech CEO and Co-Founder Seth Coe-Sullivan. “And for a 10 percent down payment today at ShortWaveLight.com, you can reserve a unit from an early production run in the first half of 2021.”

The ShortWaveLight™ Purifier, shaped like a three-cornered pyramid about the size of a coffee mug, emits invisible disinfecting light from a round portal on its face. Louvered vents guide the light down and out to help sanitize the user’s work surface and air just in front of the unit. Three micro-fans gently push fresh air into the user’s airspace.

NS Nanotech’s solid-state ShortWaveLight™ Emitter inside the unit generates invisible far-UVC light at less than 230 nanometers, a wavelength range that researchers say can neutralize more than 99.9% of airborne coronaviruses in its path. Designed for business and consumer use at home, work, school, on receptionists’ desks, at retail check-out, on your airline tray table, and countless other possible locations, the portable ShortWaveLight™ Purifier can be used virtually anywhere you can plug it in.

“Putting the world’s first solid-state emitter of shortwave far-UVC sanitizing light into a portable personal air purifier will give individuals more control in their ongoing fight against current and future pandemics,” Coe-Sullivan said.

Several other UVC lighting suppliers recently introduced far-UVC 222-nanometer lamps. But their products are based on an earlier generation of technology requiring the use of gas-state excimer bulbs that are large, fragile, expensive, and too hot to touch. They also require filters to block the longer UVC wavelengths, adding cost to the lamps.

The solid-state ShortWaveLight™ Emitter alleviates those problems. At less than 1.5 inches square, it has the smallest form factor available for any far-UVC germicidal light and easily fits inside a portable purifier. Because of its solid-state design, it runs cool. And it uses power efficiently, reducing costs and enabling eventual battery-powered operation.

“Our virus-neutralizing emitter breaks barriers in semiconductor fabrication that previously prevented delivery of solid-state far-UVC light,” said Coe-Sullivan. “With a far smaller form factor and lower potential costs than any other available shortwave ultraviolet light source, it is perfectly suited for many applications with the potential to safely deactivate coronavirus and other pathogens on surfaces and in the air.”