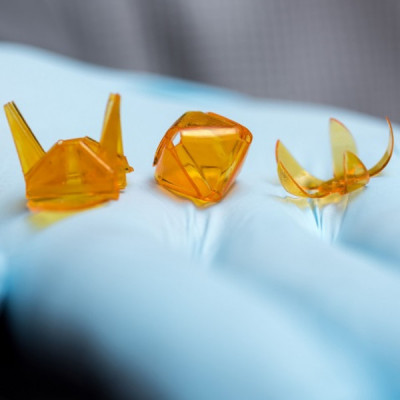 Molecular machines are the incredibly small and powerful pieces of biology that power our bodies and most of the natural world. Despite being essential to all life on earth and having huge potential for revolutionising nanotechnology, humans are a way off being able to replicate them ourselves; because we lack the ability to control structures that are so small. In an attempt to develop this level of control, a team of chemists and bioengineers have made synthetic nanostructures that change shape on command.

To achieve this, they turned to a well-known molecule: DNA. As well as being useful for carrying genetic code, DNA can twist, fold, and take on many different shapes. The ability to fold DNA on command referred to DNA origami, is an exciting step in the pursuit of making molecular machines. The team of researchers from Aalto University in Finland and the Weizmann Institute have been able to make a structure like a hinge that opens and closes in a way that’s very simple to control.

DNA Hinge closes when the light it shone one it.

“The way it works is that the nano-hinges are in a solution that becomes more acidic when light is shone on it. The increasing acidity of the solution causes chemical bonds to form in the hinges that link the ends together, thus pulling the hinge closed.” said Joonas Ryssy, first author of the paper “When the light is turned off, the acidity of the solution reverses, causing the bonds between the ends to break, and the hinge opens up again.”

The results have been published in Angewandte Chemie and builds upon previous work from the same group on manipulating macromolecules. Using light to tune the configuration of the DNA origami is appealing because the light is easy to control and can be done remotely. Researchers have previously struggled to add light-responsive control to DNA structures, but the trick with this work was coupling the light-responsive solution with the acid-responsive DNA macromolecules.

“We can control the tendency of DNA origami hinges to close or open by the amount of light we shine on them.” Anton Kuzyk, a Professor in the department of neuroscience and biomedical engineering at Aalto University, “If we don’t want all hinges to be closed, we don’t shine as much light on them. This level of control is an exciting property of our system that marks it out from others.” As well as having gradient control over the degree of folding, the process is repeatable. If the light is turned back on, the origami folds again.

“Whereas similar light-responsive systems need one light source to close the joint, they also require another to open it back up again,” says Professor Rafal Klajn at the Weizmann Institute, “Our system only needs one light source, making it potentially more useful for future applications”