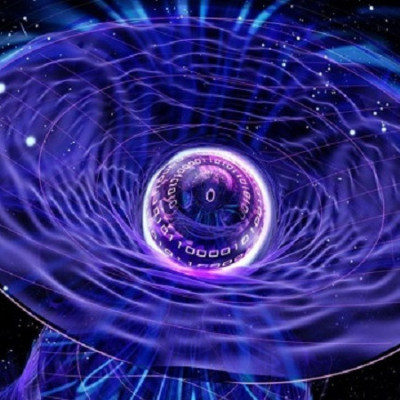 Researchers have created an ultrabright photon source with unprecedented efficiency by modifying the design of a recently developed nanophotonic device.

For quantum technologies that encode and transmit information using pairs of photons, brighter is better. But integrating a suitably bright source of quantum photons into a solid-state chip remains a challenge. The best material platforms for doing that don’t live up to their theoretical potential, hindered by imperfections that lead to phase mismatching and leaked light.

Now, Zhaohui Ma and Jia-Yang Chen, at Stevens Institute of Technology, New Jersey, and colleagues have created an ultrabright photon source with unprecedented efficiency by modifying the design of a recently developed nanophotonic device. The researchers incorporated their photon source into a quantum circuit that is compatible with other optical components, paving the way for high-speed, reconfigurable quantum devices. The team started with a microresonator—a structure that amplifies a resonant wave by constructive interference—made from thin films of lithium niobate, one of the leading materials for generating and manipulating photons. By tailoring the orientation of alternating layers of the material, the researchers ensured that the input and output optical fields had nearly perfect overlap and phase matching, resulting in unprecedented efficiency. Pumped using a microwatt laser, the device generated photons with high quantum-state purity, either singly or in pairs, at a rate of tens of millions of photons per second. Compared to state-of-the-art sources, this performance corresponds to a 100-fold improvement in efficiency.

The researchers say that theirs is the first genuine quantum device to fully exploit the potential of nanophotonic lithium niobate. They also say their device is ready to be integrated on a single chip with other components, such as electro-optical modulators and frequency converters, for use in complex quantum information processing applications.