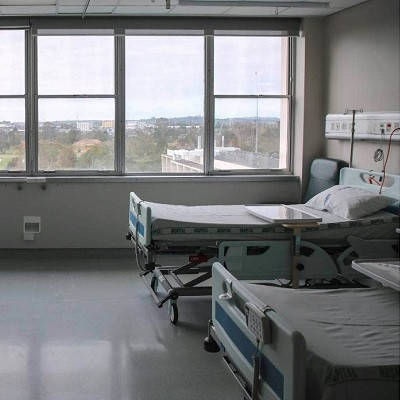 Eldon Tate is pretty sure his company's silver nanoparticle technology is a safe and effective way to deal with the COVID-19 virus and its contamination of surfaces.

In October this year as part of the Ministry of Business Innovation and Employment’s COVID-19 Innovation Accelerator programme he was able to prove that the silver nanoparticle water-based polyurethane coating his company had made could reduce COVID-19 by 99.9 per cent.

The coating was sent to the United States for independent testing and was found to reduce the human coronavirus by that amount.

Tate, chief executive of small Wellington company Inhibit Coatings, which was spun out of his PhD research into the technology, is on the verge of some pretty exciting developments.

“I think the pandemic has really highlighted how easily transmissible these things are.”

Tate said while antimicrobial coatings had been around for a while and there were a few different versions, Inhibit Coatings had game-changing differences.

Current coatings relied on additives that could be bought off the shelf and mixed in with paint. In hospitals and food processing facilities which got washed and cleaned regularly the additives were designed to wash out and did not tend to last long in those places.

“We’ve been able to come up with a way that we can bind the silver directly to the paint or to the plastic itself and that means it doesn’t wash out so our coatings stay effective throughout their entire lifetime.”

“For example we can kill 99.95 per cent of MRSA within two hours in a hospital environment.”

Common touch surfaces were usually a vector for transmission, like floors, walls, doors and door handles. The coatings could kill bacteria, virus, moulds and yeasts on those places preventing them from spreading contaminants.

Inhibit Coatings, now four years old, and based in a laboratory at Victoria University, had developed a range of different coating systems.

It was working on an anti-viral wall coating for use in hospitals and healthcare and had done some work on coatings for vehicle interiors, textiles, PPE and upholstery.

But the coatings had potentially numerous applications, Tate said. “We are pretty far along the commercialisation pathway.”

In partnership with Polymer Group in Auckland the company had produced commercial batches of the coatings and installed them into food processing facilities in New Zealand.

“At the moment we’re currently scaling up our wall coatings for use in the healthcare environment. We’re very confident of its ability to cope with MRSA and VRE (superbugs) which hospitals find very hard to get rid of.”

The company wanted to get the technology out into “real world” applications because of the impact it could have on people’s health.

“Over the next two years we intend to have our product available and out there at scale.”

It was partnering with coating and resin manufacturers in the US and Europe and was working to incorporate the company’s technology into their products. They had the footprint and capability to distribute quickly.

“That way they can roll out the technology rapidly and globally so that we can have a really, good positive impact particularly at the moment with the pandemic,” Tate said.

The preferred business model was to licence the technology.

“We are going to become an intellectual property hub, not a coatings company as such. That means we’ll be very much technology-focused, and because there’s so many applications for our product, we’ll leave the manufacturing and distribution to the experts.”

“Next year for us is going to be a pretty exciting year”.

The company which has five employees was working through the US regulatory process so the technology could be sold there, and planned to trial the coatings in several hospitals around New Zealand.

“We are definitely on the verge of some pretty exciting stuff,” Tate said.

“We are just really keen to get it out there. If we can stop one person getting sick it makes it all worthwhile really. We think its pretty cool, and we think it’s something that could change the world a little bit.”

Read the original article on Stuff.