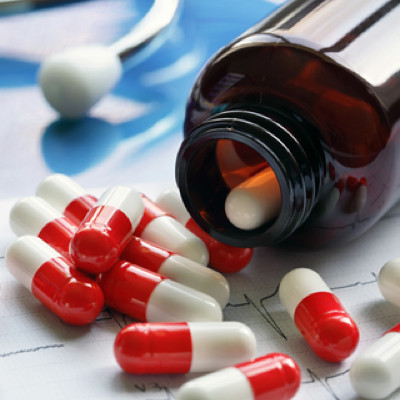 Intelligent hydrogels with multifunction such as sustained drug release abilities with low burst release, antibacterial properties, and biocompatibility are highly desirable in biomaterials fields, particularly for the cellulose-based drug carriers.

Intelligent hydrogels with multifunction such as sustained drug release abilities with low burst release, antibacterial properties, and biocompatibility are highly desirable in biomaterials fields, particularly for the cellulose-based drug carriers.

"Despite the nanocellulose-based hydrogels are promising for drug release application, the issue of burst release at the beginning of releasing still needs to be addressed and the drug release time still needs to be further improved," said by Associate Professor LI Bin, from the Qingdao Institute of Bioenergy and Bioprocess Technology (QIBEBT) of the Chinese Academy of Sciences.

Recently, the Metabolomics Group led by Prof. CUI Qiu from QIBEBT, in collaboration with researchers from Tianjin University of Science & Technology, constructed a new drug loading system with an encapsulation structure for controllable drug release. The study was published in ACS Applied Materials & Interfaces on Dec. 8.

The design of [email protected]/CNF encapsulation structure and the application for controlled drug release.

In this encapsulation structure, GO was used to package MPDA nanoparticles for prolonging drug release time, reducing burst release of the drug, and reinforcing physical strength of the obtained hydrogels. The sustained and controlled drug release behaviors of the composite hydrogels were highly dependent on pH value, and the rate of drug release could be accelerated by near infrared light irradiation.

"Importantly, this encapsulation structure shows good biocompatibility and the toxicity of GO can be well shielded by CNFs hydrogels," said Prof. LI. "Longer drug release time and lower burst release can be achieved compared to the reported carriers for the same drug of TH."

This novel design of the CNF-based encapsulation structure will be beneficial to the development of new intelligent drug loading materials, and has potential applications for chemical and physical therapies.