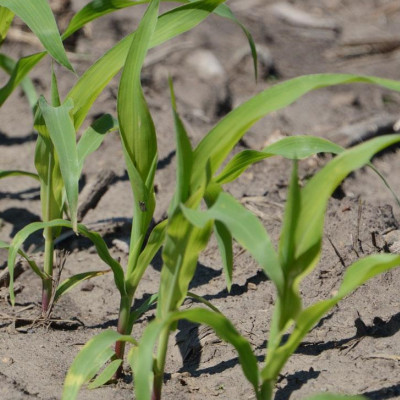 Vive has pioneered a way to take traditional products and broaden their use — with more goods on the way.

When Farm Progress first caught up with Vive Crop Protection in 2016, the Canadian company was expanding its business footprint in North America. Technology developed at the University of Toronto was being brought to the crop protection market. Today, the company has expanded across the country and broadened the product line to cover more crops.

Vive uses an innovative nanotechnology that creates essentially a polymer “shuttle” around individual molecules in a crop protection’s active ingredient. The company doesn’t make the active ingredient, but it makes it better. The innovative nanotech is named Allosperse. CEO Darren Anderson offers an update on how this tool is being used in the market, new products for 2021 and other tech on the way.

“I think many startup companies are trying to figure out market access,” Anderson says. “That’s interesting because our big focus over the last few years has been getting out and making commercial progress. There are so many growth stage companies that do not know how to access the market.”

For Vive, the progress has been solid. In 2020, Anderson says the company’s products covered 1.2 million acres, and that is expected to double in 2021. The company has added sales representation that helps cover the country, except California — a state that’s traditionally challenging for crop protection firms.

The crop mix is also changing. Vive’s early product successes occurred in sugarbeets, alfalfa and dry beans. “We now have products we launched this year for the corn and potato markets; that’s where we’ll be focused,” he says.

Other new products in 2020 include:

And product development continues. Anderson says that in 2021 the company will be testing a product that combines Bifender and Averland to provide broader insecticide activity in furrow. The aim is to launch in 2022.

The key for Vive is that the active ingredients in all its products are familiar. But how is the market responding? Anderson says the company surveys customers regularly and has seen 95% or 96% reuse intention and willingness to recommend numbers every year.

“They really see the performance advantages, and it all comes from the fact that from the grower perspective they’re used to [these products] and they understand the chemistry. They’re familiar with it,” he says.

But that nanotechnology is going to be deployed in new ways, too. Earlier in 2020, Vive and Marrone Bio Innovations announced an agreement to work together to bring Allosperse technology to the biologicals market. The first product from that collaboration to go into testing in 2021 is Azterknot FC, which will combine the azoxystrobin from Azteroid FC with Marrone’s Regalia biological fungicide.

Anderson notes that the challenge for biologicals of any type is maintaining consistent efficacy. Marrone has been successful with Regalia, but this new combined product protected in the Allosperse shuttle brings new advantages. “The Azterknot product provides reliable performance from the azoxystrobin, and you get the upside plant health benefits associated with the biological,” he says.

He notes the Allosperse technology provides added protection to the biological, including in use with other products like starter fertilizer. This is an early commercialization from the agreement, but he says there are other opportunities for biological products to take advantage of the Vive technology.

Anderson says other products are under development, including Abigator FC, a combination of Bifender FC and Averland FC, which will also be in trial in 2021 for 2022 release.

And in 2021, the company will begin field-testing products built around higher-performance foliar activity, or products that can move from the top of the leaf surface down to the bottom for better insecticide control. The testing begins in 2021, but these are products to be released further down the road.

A startup must have a plan to move from innovation to market. For Vive, the process has been measured and the company has seen success that customers appreciate. And there’s more to come.