Nanosheet-Based Electronics Could be One Drop Away 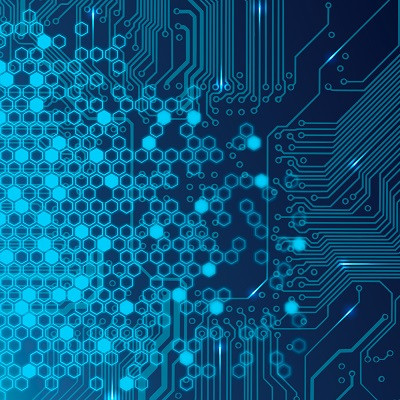 A surprisingly simple method improves 'drop casting' fabrication of tiled nanosheets that could be used in next-generation electronic devices. All you need is a pipette and a hotplate.

Scientists at Japan's Nagoya University and the National Institute for Materials Science have found that a simple one-drop approach is cheaper and faster for tiling functional nanosheets together in a single layer. If the process, described in the journal ACS Nano, can be scaled up, it could advance development of next-generation oxide electronics.

"Drop casting is one of the most versatile and cost-effective methods for depositing nanomaterials on a solid surface," says Nagoya University materials scientist Minoru Osada, the study's corresponding author. "But it has serious drawbacks, one being the so-called coffee-ring effect: a pattern left by particles once the liquid they are in evaporates. We found, to our great surprise, that controlled convection by a pipette and a hotplate causes uniform deposition rather than the ring-like pattern, suggesting a new possibility for drop casting."

The process Osada describes is surprisingly simple, especially when compared to currently available tiling techniques, which can be costly, time-consuming, and wasteful. The scientists found that dropping a solution containing 2D nanosheets with a simple pipette onto a substrate heated on a hotplate to a temperature of about 100°C, followed by removal of the solution, causes the nanosheets to come together in about 30 seconds to form a tile-like layer.

Analyses showed that the nanosheets were uniformly distributed over the substrate's surface, with limited gaps. This is probably a result of surface tension driving how particles disperse, and the shape of the deposited droplet changing as the solution evaporates.

The scientists used the process to deposit particle solutions of titanium dioxide, calcium niobate, ruthenium oxide, and graphene oxide. They also tried different sizes and shapes of a variety of substrates, including silicon, silicon dioxide, quartz glass, and polyethylene terephthalate (PET). They found they could control the surface tension and evaporation rate of the solution by adding a small amount of ethanol.

The process, which involves dropping a nanosheet suspension onto a substrate heated by a hot plate and then removing the solution, leads to a uniform surface tension-driven tiling of the nanosheets, with limited gaps between them.

"We expect that our solution-based process using 2D nanosheets will have a great impact on environmentally benign manufacturing and oxide electronics," says Osada. This could lead to next-generation transparent and flexible electronics, optoelectronics, magnetoelectronics, and power harvesting devices.