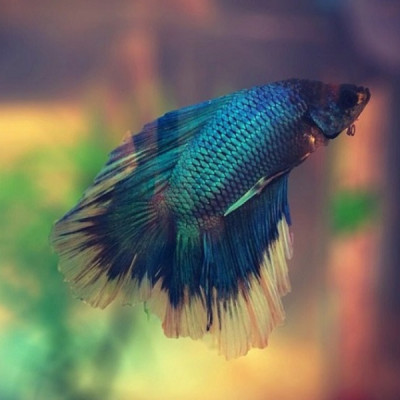 The swim bladder of fish plays the role of the resonator to perceive the ambient environment, and further, facilitate the fish to achieve a controllable vertical motion through the bladder’s reversible inflation and deflation in water.

Inspired by the actuating and sensory principle of swim bladders, Prof. CHEN Tao’s team at the Ningbo Institute of Materials Technology and Engineering (NIMTE) of the Chinese Academy of Sciences (CAS), has developed a new type of soft and elastic hybrid film integrated with actuating and sensing properties, which can function as a self-perceptive soft actuator. The study was published in Nano Energy.

The ultrathin film with thickness of about 60 μm was conformally transferred onto an open container to form a closed system (artificial swim bladder).

When the pressure out of the system was changed, a difference of pressure between inside and outside of the system occurs, resulting in a significant deformation of the elastic film. Therefore, a controllable underwater up/down motion was achieved via adjusting the extra pressure. When the air pressure over the water was decreased, the pressure inside the artificial swim bladder was relatively increased, subsequently leading to the inflation of the artificial swim bladder. As a consequence, additional buoyancy and a surfacing motion was achieved. Similarly, the diving motion of the system was realized by increasing the outside air pressure. 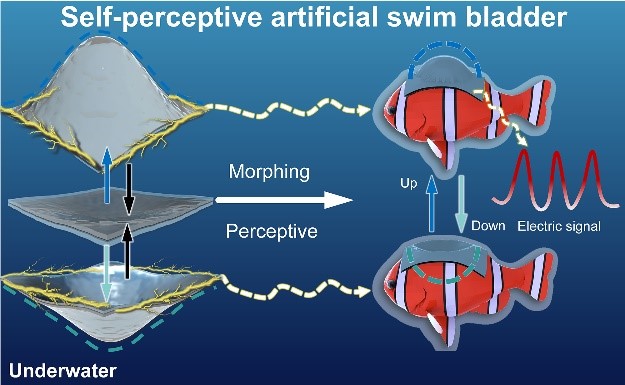 In addition, the introduction of conductive CNTs film endowed the sandwiched film with excellent sensing function to effectively capture the underwater locomotive behavior of the actuator, which realized synergetic sensing and actuating.

As a proof-of-concept, a hollow model fish actuator based on the artificial swim bladder was developed, which can capture the vibration stimuli from the internal/external environment and further be pneumatically actuated to escape from the dangerous areas.

The developed self-perceptive soft actuator in this study provides new insights into the design of integrated and intelligent soft systems for underwater synergetic locomotion and sensing behaviors.