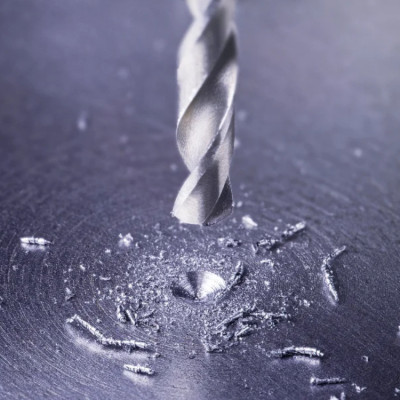 New research from China is promising to double the efficiency of hydrogen storage at a time when low-carbon collection of the omnipresent gas is seen as a potential path to a greener energy economy.

Published in Nature Nanotechnology this week, the research investigated a method using a titanium carbide alloy just a few atoms thick as a medium, which produces a "nanopump" effect to store hydrogen. The process described is about twice as effective as comparable methods.

Hydrogen is attracting interest as a green fuel, with fuel-cell cars already on the market. Although breakthroughs are being made in the production of the gas, storage is a critical problem owing to the tiny size of the molecule, as Register readers have been quick to point out.

Work from Professor Jianglan Shui, of the School of Materials Science and Engineering, Beihang University, and his team found that the titanium carbide material (technical name Ti2CTx – a type of MXene) could support 8.8wt% (hydrogen ratio) under a "relatively safe" pressure of 60 bar.

"Compared with the known room-temperature hydrogen storage materials, Ti2CTx shows the superiority of low-pressure hydrogen storage, which is almost double of the previously reported highest storage capacity under the same pressure," the paper said.

Meanwhile, the hydrogen release is fast and controllable, making it a "promising strategy for designing practical hydrogen storage materials."

He said the proposed material was made from common elements and relatively inexpensive, but required an "incomplete etching" process to partly remove layers of aluminium atoms from between the nanosheets. "In this way, the distance between sheets could be sufficiently narrow (about 0.6~0.7 nm), which is critical to the formation of [a] nanopump effect that draws hydrogen into the space between two Ti2C nanosheets," Prof Shui told us.

However, mass production of the material would have to overcome the challenges of quality control as well as stability, he said. "We will try to fix these problems in the next step. Other component materials that conform to the discovered new hydrogen storage mechanism are expected to overcome the stability problem," he said.

Meanwhile, other nanomaterials should be investigated to find out if they could harbour the properties required for effective hydrogen storage, the paper said. "We expect that this hydrogen storage approach will be applicable to a wide range of nanomaterials, especially those with plenty of sub-nanopores and chemically modifiable inner surfaces."

There will certainly be demand for more efficient hydrogen storage. The UK government alone is aiming for 5GW of low-carbon hydrogen production capacity by 2030. Plans include hydrogen heating trials, aiming for a "Hydrogen Town" before the end of the 2020s.

Its green hydrogen strategy is expected in the first quarter of this year.

Malte Jansen, an energy policy research associate at Imperial College London, said industry had been making commercial use of salt caverns for large-scale bulk hydrogen storage for decades. However, researchers in carbon capture storage – hoping to store CO2 in the salt layer – were also looking to exploit these environments.

Pressure vessels for hydrogen cars use 700 bar of pressure to store enough energy contents, which makes the process "energetically expensive" and leads to diffusion of the tiny hydrogen molecules through the metal structure or composite materials of tanks, Jansen said. This increases the necessary wall thickness and negatively impacts vehicle weight.

"The initial costs of handling and storing hydrogen is a problem, which we will have to overcome. Ultimately, we have learned to live with fossil gas in our homes and highly flammable liquids in our vehicles. There is no reason why we cannot learn how to use hydrogen safely," Jansen said.

Read the original article on The Register.