Keeping the Costs of Superconducting Magnets down Using Ultrasound 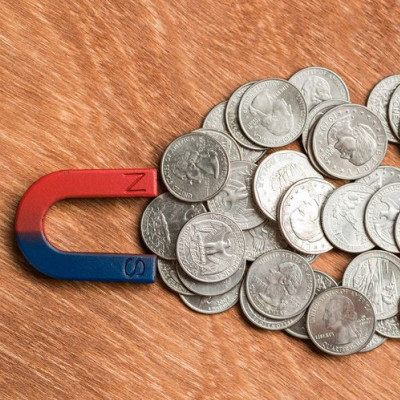 Although magnesium diboride (MgB2) is an interesting superconductor made from abundant materials, increasing its critical current density through easily accessible means has proven challenging. In a recent study, scientists form Shibaura Institute of Technology, Japan, used ultrasonication to turn cheap commercial boron into a fine powder. With it, bulk MgB2 with enhanced superconducting properties can be produced, paving the way to affordable superconducting magnets for medical and transportation applications.

Superconductivity already has a variety of practical applications, such as medical imaging and levitating transportation like the ever-popular maglev systems. However, to ensure that the benefits of applied superconductors keep spreading further into other technological fields, we need to find ways of not only improving their performance, but also making them more accessible and simpler to fabricate.

In this regard, magnesium diboride (MgB2) has attracted the attention of researchers since its discovery as a superconductor with multiple advantages. It is a lightweight, easily processible material made from widely abundant precursors; these qualities combined, greatly lower the overall cost of working with MgB2.

However, a key practical property of a superconductor is its critical current density (Jc)—the maximum current density at which it can operate without dissipating energy like conventional conductors do. Increasing the Jc of MgB2 through affordable means has proven to be a notable challenge, which is usually tackled through materials engineering and by optimizing fabrication procedures and conditions.

In a recent study accepted for publication in Materials Science and Engineering: B, a team of scientists from Shibaura Institute of Technology, Japan, has developed a cost-effective technique to boost the Jc of bulk MgB2: ultrasonication. Their approach involves dissolving cheap commercial boron in hexane and using ultrasound to disperse the solute thoroughly. Once hexane is evaporated and removed, one obtains a very fine boron powder, which is then sintered with magnesium to produce MgB2. But why does using finer boron result in better superconducting properties?

The answer is magnetic flux pinning. Though superconductors generally repel external magnetic fields, some quantized amounts of magnetic flux sometimes penetrate the material under the right conditions, producing the strong force responsible for superconducting levitation. This penetration occurs only in pinning centers, which arise from various kinds of defects in the material; in the case of MgB2, the pinning centers are located at the grain boundaries. Professor Muralidhar Miryala, who led the study, explains: “To put it briefly, the refined boron powder obtained via ultrasonication results in a higher density of grain boundaries by reducing overall grain size. In turn, the increment in grain boundaries equals an increase in flux pinning centers, which are responsible for the higher Jc we observed in our samples.”

The scientists’ synthesis procedure produced high-quality bulk MgB2 mostly free of oxidation impurities. Compared with a non-ultrasonicated sample used as a reference, the Jc values increased by as much as 20%, depending on the ultrasonication time used. Moreover, the results of scanning electron microscopy and energy dispersive X-ray spectroscopy analyses revealed a secondary mechanism that could give rise to enhanced Jc. The team noted a layered structure of what seems to be Mg-B-O coating the walls of pores of boron deficiencies. This layered coating structure can not only act as a pinning center itself, but also have a restraining effect on the grain size.

Excited about the overall results, Miryala remarks: “Our study lays a foundation towards realizing affordable high-performance bulk MgB2 for superconducting magnets. This will help reduce the cost of magnet-based technologies and make them more accessible to the general population, especially in the medical field.” Even though further studies will be needed to find the optimal solvent and ultrasonication parameters, the present findings are certainly promising and could promote the use of MgB2 superconducting magnets in other areas, including space applications, water cleaning, and electric motors. Hopefully, and given enough time, we shall all benefit from accessible superconductors in one way or another!