India’s World No. 3 in Nanotech Research, But... 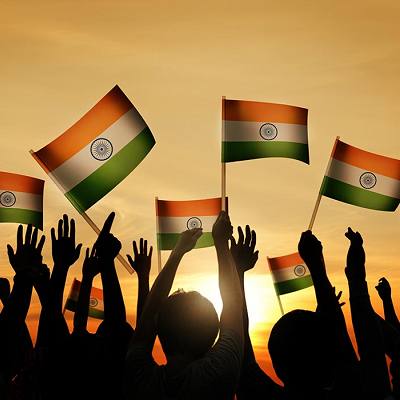 “India is on the world nanotech map,” says Prof Dipankar Bandyopadhyay, head of the centre for nanotechnology and professor in the department of chemical engineering at IIT Guwahati. “We are doing well in terms of nanoscience and nanotechnology research. In manufacturing and product development, we are doing a cutting-edge job too.”

Nanotechnology is the specialised field of work that’s carried out at an atomic and molecular scale. It doesn’t find as much mention as Indian IT in news coverage, but it is an area where India ranks third in the number of nanotech research articles, behind China and the US. And its share has been gradually rising.

But, Bandyopadhyay says, India still has a lot of ground to cover. India’s 9% contribution to research papers rests in the shadow of the 41% of contributions by China. And in the application of nanotech, India is even further behind. “We have the best scientists, but we have our traditional weaknesses in industry, in terms of developing new technologies and having a market where the technology can be implemented. Investors will only show interest when they perceive a market for it,” Bandhyopadhyay says.

He says the problem is India is not a big user of technology in products, unlike the US, Europe, China, Japan and South Korea. “One exception is the smartphone, which is a product of multiple nanotech processes, including in the body, screen, processors, built-in sensors. Indian society has shown technological dependence on these devices and that created a market for it,” Bandhyopadhyay says.

Other markets are beginning to emerge. Covid suddenly created a market in India that required investment into the R&D of antigen rapid test kits and vaccines – which requires expertise in nanotech. E-spin Nanotech, a company incubated by IIT Kanpur, manufactures masks made from ‘nanofibres’ through electrospinning.

Nanotechnology is essentially about materials manufacturing. Products seemingly as simple as the paint used on cars, anti-reflective coatings on lenses, pregnancy kits, self-leveling epoxy floorings in sports facilities are all results of nanotechnology.

The professor says there is much to be done in areas like healthcare, waste management, environmental remediation, and energy. The government launched the Nano Mission initiative in 2007. But Bandhyopadhyay says government should do more. Government, he says, should give companies incentives to take on certain projects – such as waste management – to manufacture products and thereby create a supply chain in the space.

He also feels education should be geared towards nurturing not just job seekers, but job creators. Big companies are too entrenched in the ways they function. Emerging technologies require entrepreneurs who think differently.