Great Potential for the Tiniest Structures 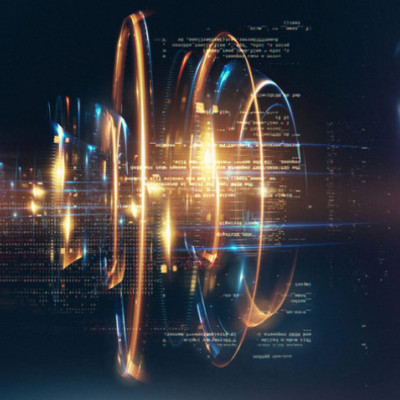 A finely focused ion beam (FIB) is a very useful tool in nanotechnology and analytics. Until now, scientists have mainly used FIB technology to prepare samples for certain microscopic techniques, such as troubleshooting in the semiconductor industry. But FIBs can do much more. The EU funded COST network project “Focused Ion Technology for Nanomaterials - FIT4NANO”, initiated by the Helmholtz-Zentrum Dresden-Rossendorf (HZDR), aims to bring together researchers and companies from all over Europe to jointly develop the technology and open up new applications.

A focused ion beam instrument is similar to a scanning electron microscope, with the main difference that scientists use ions instead of electrons. Characteristically, FIBs in the low energy range of less than 50 kiloelectronvolts feature a small beam diameter in the nanometer and sub-nanometer range, high current density, and a diverse selection of usable ions.

“Thanks to these properties, focused ion beams offer great potential for many other applications in nanotechnology,” explains Gregor Hlawacek, head of the “Ion-Induced Nanostructures” group at HZDR’s Institute of Ion Beam Physics and Materials Research and coordinator of the FIT4NANO project. “For example, it can be used to flexibly structure surfaces at the nanoscale or specifically change local material properties. Our technology could be significant for quantum technology, the semiconductor industry, or modifying two-dimensional materials – crystalline materials consisting of only one or just a few layers of atoms or molecules. FIBs will also play an important role in future medical applications.” 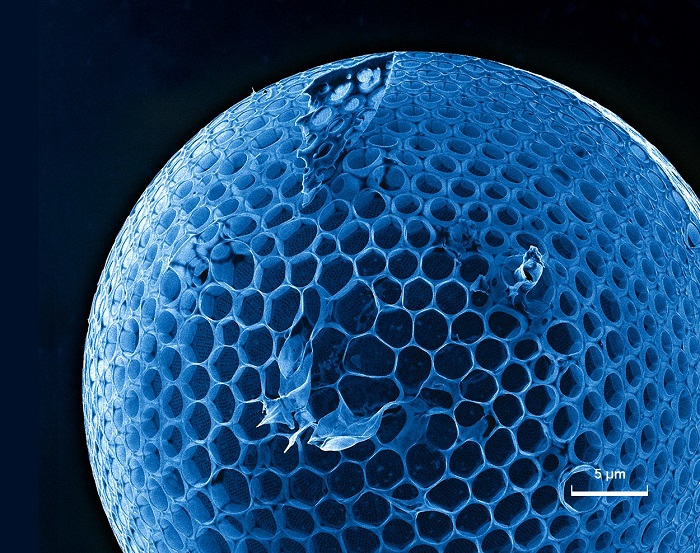 Diatom under the helium ion microscope at HZDR.

FIT4NANO aims to connect developers, manufacturers, and users of FIB technology from all over Europe and to create opportunities for contact and exchange. The objective is to collate fundamental findings on the use of focused ion beams, facilitate cooperation, and jointly develop new products and application technologies. Approximately 80 experimental and theoretical working groups from 30 countries are participating in the project.

The project focuses on functional nanostructures and materials as well as ion beam-based analytical methods. The electrical properties of 2D materials, for instance, can be modified at the nanoscale so that conductors turn into semiconductors. Research into quantum communication aims to explore defects in 2D materials and the incorporation of individual ions. An application with helium ions, such as helium ion microscopy, facilitates direct insights into biological samples like cell structures and virus particles.

One such example is the interaction of SARS-CoV-2 with so-called vero cells that are used in the production of vaccines, enabling ion beam physicists to help develop new vaccines against corona viruses. HZDR research groups and their partners also use FIBs to detect degradation processes in lithium batteries or minerals in new ore deposits.

The four-year program kicked off in mid October 2020 with a video conference. “We defined three main content areas,” the project coordinator explains. “First, the further development of focused ion beam technology; second, its application to nanostructured functional materials; and last, the theoretical background to the interactions between ions and solids.”

To facilitate exchange and transfer of knowledge among the participants, there will be annual general project meetings, training for doctoral candidates and post docs, shorter scientific exchanges, shared databases, and joint publications. The EU program COST (European Cooperation in Science and Technology) is providing up to 120,000 euros per year for network activities.

The largest research group consists of users who want to leverage focused ion beams for materials analysis and produce novel nanomaterials in the single-digit nanometer range. Many scientists in this group are from ITCs (Inclusiveness Targeted Countries), i.e. “less research and innovation-intense” European countries. The project gives researchers from various disciplines access to high-end equipment that would otherwise not be available to them.

Another group consists of academic and commercial technology developers who jointly develop additional ion sources such as iron, cobalt, or nickel alloys for use in FIB applications, or to create new sample holders, detectors, and other improved tools.

The “Theory and Simulation” group is looking to better understand the interactions between ions and solids, which have already been well explored in the comparatively large micrometer range. When scientists use their FIBs on structures in the mere nanometer-range, however, previously negligible processes at the sample edge, such as material loss, become disproportionately important.

In addition, the ions can no longer release all their energy inside the sample, resulting in a deviation from the expected effect. There are also other processes in nanometer-range sample sizes that are not yet understood. For example, researchers sometimes observe surprising structural stability against the focused ion beam’s destructive effect and often the very opposite. In order to develop new applications, it is fundamentally important to address these issues.

The fourth group is dedicated to communication and public relations. The aim is to promote the transfer of knowledge, not only between the groups themselves, but also to industry and the interested lay public. The initiators of the project would like to introduce teachers and students to their work to generate enthusiasm, for example by developing and providing teaching materials.

The key to successful collaboration in the network is access to information, especially when it is not yet available to many of the participants, such as information about facilities that are available throughout Europe or data and methodological knowledge. A new database called the “FIB Almanac” will list special instruments, their availability, and application ranges.

In addition, the group will create an “FIB Atlas” containing reference data and an ion and material database where scientists can find information on methods, standard conditions, or existing solutions to their specific research problem.

Exchange between the research groups will initially be limited to virtual encounters. “A first online meeting is planned for spring 2021,” Gregor Hlawacerk projects. “We hope that we will finally be able to all meet in person at the big annual conference in late summer.”