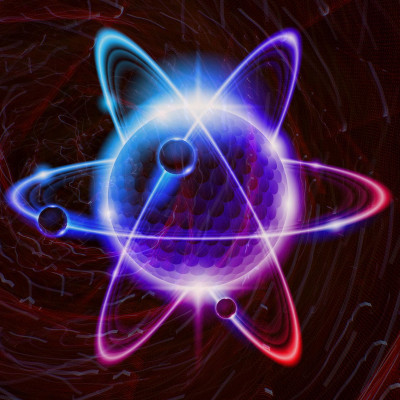 In conventional solar cells, the excessive energy of carriers above the band gap of a semiconductor is lost in the form of heat due to rapid cooling of hot carriers via emission of phonons. This is a major reason for Shockley-Queisser limit of solar cell efficiency.

Extracting the hot carrier to selective contacts has the potential to boost power conversion efficiency of solar cells to as high as 66%. The challenge in efficient hot carrier extraction is that intraband cooling of hot carriers usually occurs in a sub-picosecond timescale.

A research group led by Prof. WU Kaifeng from the Dalian Institute of Chemical Physics (DICP) of the Chinese Academy of Sciences (CAS) recently observed hot electrons as long-lived as more than 300 picoseconds in electron-doped (n-doped) colloidal CdSe quantum dots. This study was published in Nature Communications on Jan. 22. 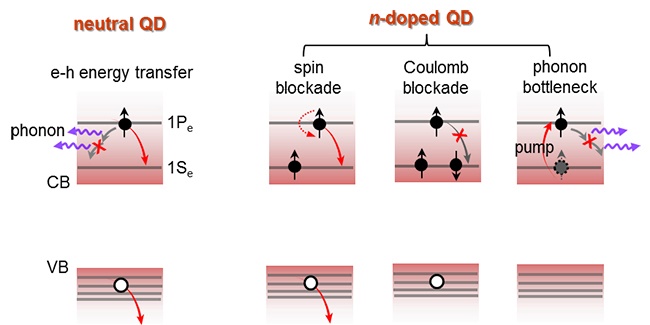 For lightly-doped dots they observed a slow 1Pe hot electron relaxation (~10 picosecond) resulting from a Pauli spin blockade of the preoccupying 1Se electron.

For heavily-doped dots, a large number of electrons residing in the surface states introduced picosecond Auger recombination which annihilated the valance band hole. Thus, the researchers could observe 300-picosecond-long hot electrons as a manifestation of a phonon bottleneck effect. This decreased the hot electron energy loss rate to a level of sub-meV per picosecond from a usual level of 1 eV per picosecond.