A New Modifier Increases the Efficiency of Perovskite Solar Cells 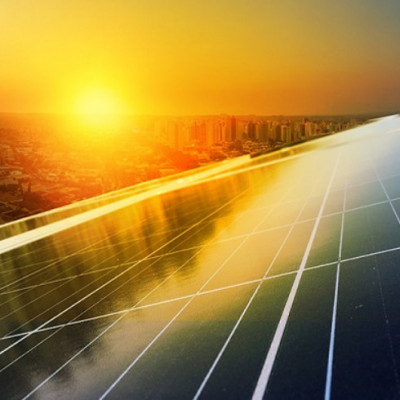 Perovskite solar cells are promising alternative energy technology worldwide. They can be printed on special inkjet or slot die printers with minimal quantity of vacuum processes. This reduces the cost of the device compared to traditional silicon solar cell technology.

Their other advantages are flexibility (the solar cell can be made on substrates of PET a common material for plastic bottles) and compactness. Perovskite solar cells can be mounted on the walls of buildings and curved surfaces of automobile panoramic roofs, receiving independent power supply.

The perovskite module has a sandwich structure: there is a process of collecting electrons between the layers. As a result, the energy of sunlight is converted into electrical energy. The layers are very thin — from 10 to 50 nanometers, and the “sandwich” itself is thinner than a human hair. The collection of the charge carriers in the solar cells should go with minimal losses during electron transport. The reduction of the such losses in the device will increase the power of the solar cell. 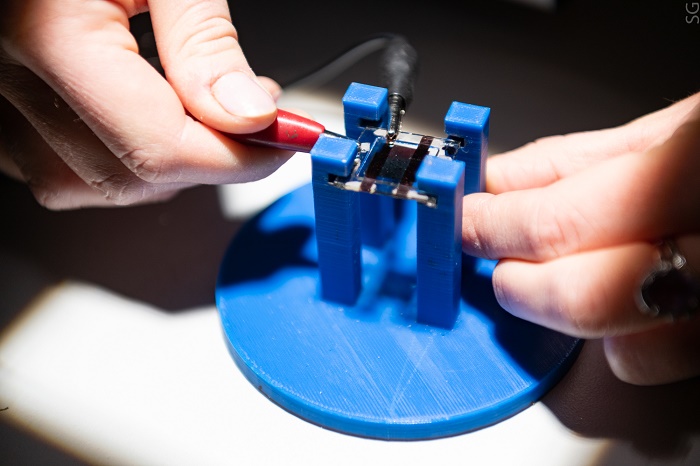 A scientific group of physicists from NUST MISIS and the University of Tor Vergata (Rome, Italy) have shown experimentally that the addition of a small amount of titanium carbide-based MXenes to light-absorbing perovskite layers improves the electronic transport process and optimizes the performance of the solar cell. The name — MXenes comes from the synthesis process. The material is made by etching and exfoliation of the atomically thin metal carbides pre-coated with aluminum (MAX phases — layered hexagonal carbides and nitrides).

“In this work, we demonstrate a useful role of MXenes doping both for the photoactive layer (perovskite) and for the electron transport layer (fullerenes) in the structure of solar cells based on nickel oxide,” said the co-author of the paper, a researcher from the NUST MISIS Laboratory for Advanced Solar Energy, post-graduate student Anastasia Yakusheva. “On the one hand, the addition of MXenes helps to align the energy levels at the perovskite/fullerene interface, and, on the other hand, it helps to control the concentration of defects in the thin-film device, and improves the collection of photocurrent.”

The solar cells developed with the new approach have shown improved characteristics with a power conversion efficiency exceeding 19%. This is 2% more in comparison to the reference devices.

The approach proposed by the developers can be easily scaled to the format of modules and large-area panels. Doping with MXenes does not change the fabrication sequence and integrated only to the initial stage of ink preparation without changes to architecture of the device.

Read the original article on National University of Science and Technology MISIS.