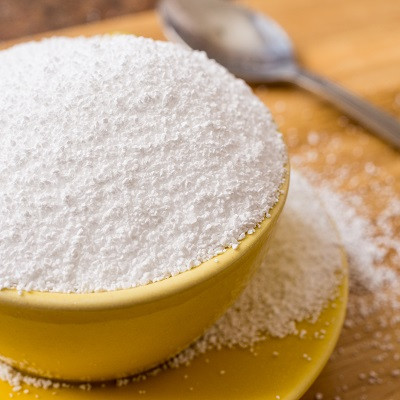 Many different catalysts that promote the conversion of glucose to sorbitol have been studied; however, most offer certain properties while requiring compromises on others. Now, researchers from Osaka University have reported a hydrotalcite-supported nickel phosphide nanoparticle catalyst (nano-Ni2P/HT) that ticks all the boxes. Their findings are published in Green Chemistry.

Sorbitol is a versatile molecule that is widely used in the food, cosmetics, and pharmaceuticals industries. There is therefore a pressing need to produce sorbitol in a sustainable, low-cost, and green manner.

Hydrogenation of D-glucose to D-sorbitol

The nickel catalysts that are commonly used in the industrial hydrogenation of glucose to sorbitol are unstable in air and require hash reaction conditions. Rare metal alternatives--despite being more efficient--can be expensive and are susceptible to poisoning.

nano-Ni2P/HT is stable in air and has a high activity for the hydrogenation of glucose to sorbitol. In addition, nano-Ni2P/HT produces a particular sorbitol structure, known as D-sorbitol, at more than 99% yield. This high selectivity means that a high-purity product can be obtained.

The nano-Ni2P/HT-catalyzed hydrogenation can be carried out in water. Moreover, the catalyst shows good conversion and selectivity when the temperature is just 25°C--compared with 100-180°C for conventional processes--or when the hydrogen gas pressure is only 1 bar--compared with 50-150 bar. The energy saved by using these mild conditions would lead to greener and more sustainable procedures, as well as reduce operating costs.

"Our nano-Ni2P/HT catalyst outperformed conventional nickel alternatives in terms of both the catalytic activity and the amount of D-sorbitol that was produced, which is very encouraging," study first author Sho Yamaguchi explains. "nano-Ni2P/HT also gave a better yield of D-sorbitol than a commercially available noble metal catalyst."

Repeated use of the catalyst showed that nano-Ni2P/HT could be recycled with no significant loss of performance. The reaction could also be carried out at high glucose concentration (50 wt%), which demonstrates the viability of the catalyst for large scale use.

"The continual improvement of industrial catalyst is necessary to achieve sustainable, low-cost production with an environmental conscience," says study corresponding author Takato Mitsudome. "We believe our catalyst will make an important contribution, not only to D-sorbitol production, but to the development of other processes that support the pharmaceutical, food, and cosmetics industries."