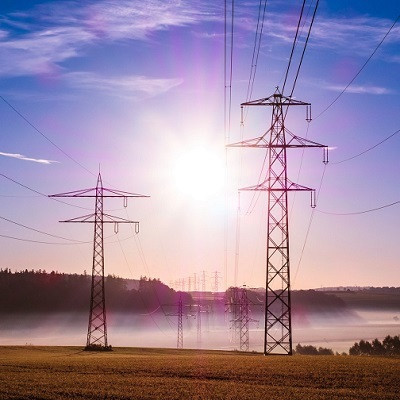 A new device called “Air-gen” has been recently developed at the University of Massachusetts Amherst to create electricity from moisture in the air, using electrically conductive protein nanowires. This continuous energy-harvesting strategy is less restricted by location or ‎environmental conditions than other sustainable approaches.‎

A new technology, literally making electricity out of thin air, has been introduced that can have significant implications for the future of renewable energy, climate change, and in the future of medicine.

As reported in Nature, professors Jun Yao and Derek Lovley at UMass Amherst have created a thin-film device they call an “Air-gen.” or air-powered generator, with electrically conductive protein nanowires produced by the microbe Geobacter sulfurreducens ‎that can generate continuous electric power in the ambient environment.

The ‎bottom of the film rests on an electrode, while a smaller electrode that covers only part of the ‎nanowire film sits on top. The film adsorbs water vapor from the atmosphere.

A combination of ‎the electrical conductivity and surface chemistry of the protein nanowires, coupled with the fine ‎pores between the nanowires within the film, establishes the conditions that generate an electrical ‎current between the two electrodes‏.‏

The devices produce a sustained voltage of around 0.5 volts across a 7-micrometer-thick film, with a current density of around 17 microamperes per square centimeter.

The driving force behind this energy generation to be a self-maintained moisture gradient that forms within the film when the film is exposed to the humidity that is naturally present in the air. Connecting several devices linearly scales up the voltage and current to power electronics.

The Air-gen generates clean energy 24/7. This technology is non-polluting, renewable, and low-cost and can generate power even in areas with extremely low humidity such as the Sahara Desert. It has significant advantages over other forms of renewable energy including solar and wind because unlike these other renewable energy sources, Air-gen does not require sunlight or wind, and it even works indoors.

The technology might be incorporated into wall paint that could help power your home. The researchers aim to develop stand-alone air-powered generators that supply electricity off the grid.

The researchers are of the opinion that this technology is the most amazing application of protein nanowires yet. If you think so, follow the link below and participate in choosing ‎ the most interesting nanotechnology events in 2020‎, undertaken by StatNano: