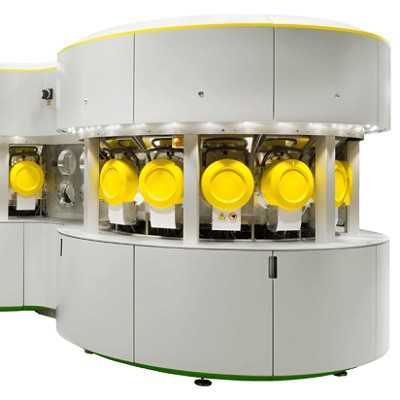 The production equipment was bought by Russian nanotechnology specialist Rusnano. The line will be used to produce BIPV modules at a factory in the Republic of Mordovia.

The equipment, which the company dubbed ‘DUO machine', will be installed in a factory in Saransk, about 630km east of Moscow. It will be operated by the Center for Nanotechnologies and Nanomaterials of the Republic of Mordovia, and its partner Solartek.

“The corona[virus] pandemic has made it impossible to travel to Sweden from the countries and regions where our machine customers are located,” said Midsummer CEO Sven Lindström.

“This has caused difficulties for us to make acceptance tests and install our already-sold DUO machines. Thanks to a new procedure that makes it possible to make final approvals through video link instead of on location in Järfälla, we have now been able to perform the acceptance test and ship the machine to Russia.”

Rusnano had been previously active in PV manufacturing with a stake in Russian solar module manufacturer Hevel Solar.

In November, Midsummer announced a plan to set up a 50 MW manufacturing facility in Bari, in the southern Italian region of Apulia. Earlier in July, it launched a 500 W solar panel it said is particularly suitable for large roofs.

The Swedish manufacturer also recently announced that it had introduced a production process that can increase cell power output by around 10% while giving its products a more discreet look.

Its Power Mesh Technology (PMT) is said to rely on a dense array of wires – rather than standard ribbons – for current collection, ensuring lower resistive losses in panels.