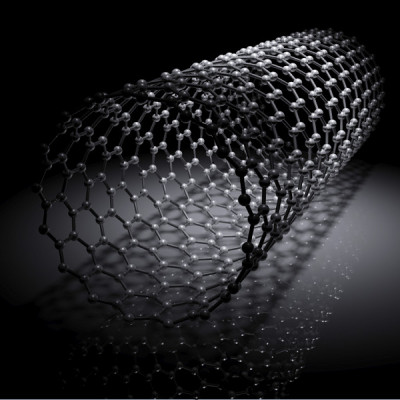 Researchers from the Institute of Physics (IOP) of the Chinese Academy of Sciences (CAS) reported a method for submilligram-scale preparation of multiple single-chirality near-zigzag carbon nanotubes such as (9, 1), (9, 2), (10, 2) and (11, 1) nanotubes. This new technique breaks through the bottleneck of mass production of single-chirality near-zigzag single-wall carbon nanotubes (SWCNTs), and provides a material basis for the disclosure of their properties and applications.

WCNTs are nanoscale hollow cylinders of carbon formed by rolling up a grapheme, which can be denoted by a pair of chiral indices (n, m). The angle between the rolling up direction and cell base vector of a graphene is called the chiral angle of a SWCNT. The chiral angle, together with the diameter, determines the atomic arrangement of carbon atoms on the wall, and thus the properties of a SWCNT.

SWCNTs have excellent mechanical properties, extremely high carrier mobility, structure-tunable bandgap and near-infrared photoluminescence. These excellent properties grant them a crown of "super material" and a vast range of applications in optics, electronics, optoelectronics and even biology et al. The various properties of SWCNTs are rooted in the wrapping orientation of graphene, i.e., chirality.

Mass production of single-chirality SWCNTs with identical properties is critical for their property study and application. Although mass separation of several species such as (6, 4), (6, 5), (9, 4), and (10, 3) SWCNTs has been achieved, bulk production of single-chirality zigzag and near-zigzag SWCNTs, whether by growth or separation remains a challenge, which hinders the disclosure of their properties and applications.

Prof. LIU Huaping's research group from IOP found that the SWCNTs with chiral angles less than 20° would be selectively adsorbed into a gel column by controlling the temperature of a binary surfactant system of sodium cholate (SC) and sodium dodecyl sulfate (SDS) at lower than 18 ℃.

On the basis of this finding, they proposed a two-step strategy for mass separation of single-chirality near-zigzag SWCNTs: The first step is to separate the raw SWCNT mixture by diameter at room temperature by using cosurfactants of SDS, SC, and sodium deoxycholate (DOC). Subsequently, by controlling temperature of the SDS and SC binary surfactants at a temperature lower than 18 ℃, SWCNTs with similar diameters are separated by chiral angle.

This work opens up a route to the industrial production of single-chirality zigzag and near-zigzag SWCNTs. This study entitled "Submilligram-scale separation of near-zigzag single-chirality carbon nanotubes by temperature controlling a binary surfactant system" was published on Science Advances on Feb. 17, 2021.