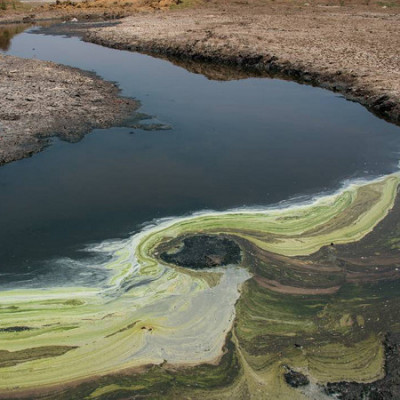 An international team, led by researchers from Qatar University (QU), has published a research article in Environmental Science and Pollution Research, a reputable journal published by Springer Nature.

The work presented a rapid and efficient removal of the antidiabetic drug glimepiride by multi-walled carbon nanotubes. The research was motivated by the rising global concerns of water pollution caused by pharmaceutical and personal care products. Such pollutants have been detected in surface water across the globe, particularly in heavily populated areas.

This research aims to develop a new method for removing residues of the Gilmeride, a common drug to treat type II diabetes, using carbon nanotubes in a continuous adsorption process. The research came as a collaboration between Dr Ismail Badran, assistant professor, Department of Chemistry and Earth Sciences at the College of Arts and Sciences at QU, Dr Murad Abu al-Hassan, an associate professor in Pharmacy, An-Najah National University in Palestine and Obada Qut, a graduate student in the Department of Chemistry at An-Najah University. In addition, the research was done in collaboration with Dr Abdullah Manasra, Department of Chemical Engineering at University of Calgary, Canada.

The study, performed by utilising multi-walled carbon nanotubes to remove the antidogmatic drag, glimepiride, from aqueous media, revealed that the drug can be removed with almost 100% efficiency. For potential industrial implementation, the study was done under continuous-flow mode rather than the conventional batch method.

The researchers point out in the report that water pollution by emerging pollutants such as pharmaceutical and personal care products is one of today’s biggest challenges. The presence of these emerging contaminants in water has raised increasing concern due to their frequent appearance and persistence in the aquatic ecosystem and threat to health and safety.

The research report explained that the antidiabetic drug glimepiride, GPD, is among these compounds, and it possesses adverse effects on human health if not carefully administered. Several conventional processes were proposed for the elimination of these persistent contaminants, and adsorption is among them. Therefore, in this study, the adsorptive removal of GPD from water using multi-walled carbon nanotubes supported on silica was explored on a fixed-bed column. The effects of bed-height, solution pH, and flow rate on the adsorptive removal of GPD were investigated.