The Magic Angle of Twisted Graphene 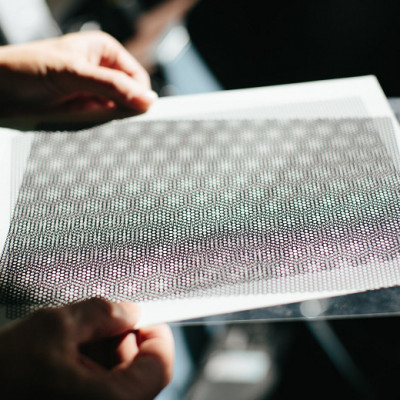 Trapped tightly between two monolayers of carbon superimposed at a precise angle, electrons interact and can produce superconductivity. This is what Jean-Christophe Charlier’s team reveals in an article published in Nature. This property allows electric power to circulate without any resistivity, without energy lost, within the nanostructure.

Graphene, a two-dimensional material composed exclusively of carbon, has revealed extraordinary properties, including thermal and electrical conductivity, transparency, and flexibility. When combined, these properties become particularly interesting in the age of touch screens and flexible electronics! ‘Unlike 3D materials, graphene has a height reduced to the ultimate dimension of the atom. It’s therefore a carbon atom plane,’ explains Prof. Jean-Christophe Charlier, a specialist in nanoscopic physics at the Institute of Condensed Matter and Nanosciences of UCLouvain.

In a study published in Nature, the scientist and his team dissected the behaviour of electrons when two layers of graphene superimposed at an angle of 1.1 degrees (the so-called ‘magic angle’) produce a moiré effect. Well known to photographers, painters and fashion specialists, this optical effect consists of a figure composed of dark and light domains resulting from the superposition of two gratings. ‘When two layers of graphene are superimposed with this magic angle, they give rise to superconductivity. They therefore conduct electricity without any resistance,’ Prof. Charlier says.

This property is more than useful for transporting electricity without loss of energy. ‘We’ve shown that the two graphene planes twisted in this way interact and lead to a restructuring of the atoms into domains where electrons are trapped and localised in space.’ However, by definition, electrons tend to move away from one other, repelled by their respective negative charges. ‘To limit their interactions, the electrons can organise themselves by aligning their spin, which gives them magnetic properties, or by forming an insulator, or by pairing up to produce superconductivity.’

It’s the last that occurs in the case of bilayer graphene twisted at the magic angle. In addition, the scientists have shown that phonons, atom particles responsible for vibrations in solid materials, are also trapped in the domains formed by the twisted graphene.

The synthesis of new 2D materials and the observation of the extraordinary properties which can be derived from them have led to a twistronics craze driven by the idea of one day being able to create structures with the desired properties ‘brick by brick’, or to extrapolate knowledge acquired on simple materials, such as graphene, to more complex materials, allowing for better control or performance of superconducting systems in everyday life. Examples include the superconducting coils in Japanese magnetic levitation trains (Maglev), which levitate above the rails, or the superconducting magnet in magnetic resonance imaging (MRI) equipment.