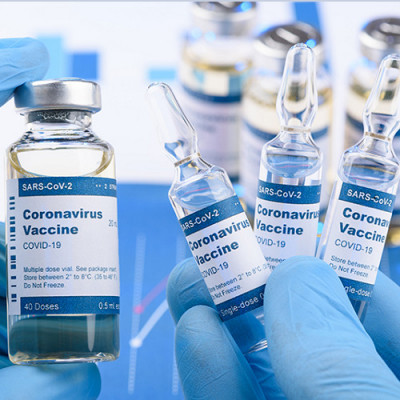 When Pfizer-BioNTech’s vaccine became the first authorized for use in the U.S., the good news came with a catch: the vaccine, the first of its kind using a new mRNA-based technology, needs to be stored at ultra-cold temperatures (-80°C to -60°C) until thawing just before being injected into people’s arms.

State health centers, hospitals and other potential vaccination sites scrambled to acquire special freezers that could reach these deep-freeze temperatures, and Pfizer developed a special shipping container that could keep doses appropriately chilled for up to a month as long as the container was continuously supplied with dry ice. Still, the temperature requirement meant some locations opted not to order the Pfizer-BioNTech vaccine.

But in the past few weeks, the U.S. Food and Drug Administration reviewed data submitted by the companies on the stability of the doses at normal freezer temperatures (-25°C to -15°C), and on Feb. 25, the agency issued new guidance that says the vaccine can be safely shipped and stored for up to two weeks at these relatively higher temperatures. While that’s a shorter time period than the six months that the vaccine can be stored in freezers reaching ultra-cold temperatures, the option could give more hospitals, doctors’ offices, pharmacies, and health clinics the flexibility they need to effectively store and administer doses of the vaccine. “It gives people more storage options, and more accessibility in locations that today may not be ordering the Pfizer vaccine,” says Tanya Alcorn, vice president of Pfizer’s BioPharma Global Supply Chain.

The data that led to the FDA’s decision was generated as part of the companies’ routine quality-control studies, which include analyses of how stable the vaccine is even if it wasn’t kept at the recommended -80°C to -60°C. Much of that work occurred in Pfizer’s Andover, Mass. facility, which also produces the mRNA that goes into the vaccine. “We take multiple lots and do a full battery of testing, including putting them in temperature-controlled stability chambers,” says Margaret Ruesch, Pfizer’s vice president of worldwide research and development, and site leader for the Andover location. “We collect those stability data and if we have enough that gives us assurance that all the vaccines meet with our specifications under those storage conditions, then we request an update of the recommendation for how the vaccine is stored.”

The companies initially launched the vaccine with the -80°C to -60°C temperature requirement because that was the temperature range at which they produced the doses used in their clinical trials. “We had plenty of data on stability at the ultra-cold temperatures,” says Ruesch. “As we made more commercial-scale lots, we took those lots and put them in our stability program and gathered enough data on the [regular] freezer temperatures” to confirm that they could be safely stored at those temperatures for up to two weeks.

Pfizer-BioNTech will continue shipping doses in its ultra-cold temperature containers, but once received, facilities will now be able to keep the vials in those shipping containers for a month and then place them in a regular freezer for up to two weeks.

“The alternative temperature for transportation and storage will help ease the burden of procuring ultra-low cold storage equipment for vaccination sites and should help to get vaccine to more sites,” Dr. Peter Marks, director of the FDA’s Center for Biologics Evaluation and Research said in a statement announcing the decision.

Pfizer-BioNTech has been scrambling to meet aggressive production targets after a slower-than-expected rollout has left states and jurisdictions short on doses. Part of that slower manufacturing was due to initial challenges in getting sufficient raw materials needed for the vaccine, and a less-than-optimal production process. But as manufacturing has ramped up, Alcorn says, production is on pace to more than double from January to mid-March, from five million doses a week to about 13 million. The companies have contracted to deliver 200 million doses to locations in the U.S. by May, and hope to ship 2 billion doses globally by the end of the year. “We are very, very confident in our ability to meet targets,” says Alcorn.