Freezing at the Nanoscale: A Closer Look 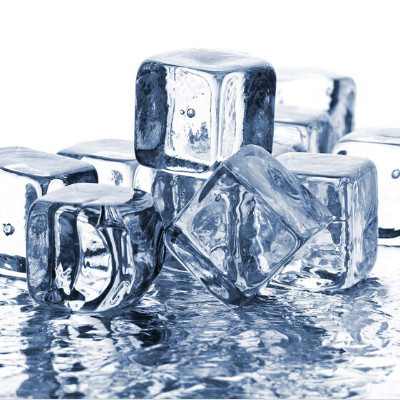 At the nanoscale, water freezes in various ways, and not all of them are completely understood. Among other benefits, getting a better handle on these processes could mean big improvements in weather prediction.

To that end, the lab of Amir Haji-Akbari , assistant professor of chemical & environmental engineering, has focused on a particularly fast process known as contact freezing, in which a supercooled (below freezing, but unfrozen) liquid droplet in the atmosphere collides with a nucleating particle - that is, a particle that facilitates the freezing of a liquid that comes into contact with it. The freezing happens much faster than the process of immersion freezing - a more common occurrence in which a nucleating particle is already inside a liquid droplet when the temperature decreases. 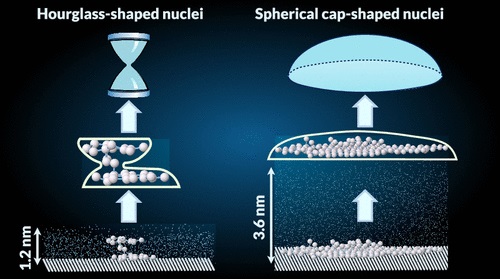 The results were recently published in the Journal of the American Chemical Society.

Exactly why contact freezing happens and so quickly has been a long-standing question among scientists. At one point, scientists believed that freezing was induced by transient effects caused by the collision. A later theory posited that freezing was accelerated by what’s known as a contact line. That’s when a particle is exposed to three phases of matter - vapor liquid and a solid particle. Experiments, though, showed that neither of these were the answer.

More recent studies suggested that freezing happens simply when the surfaces of two particles are very close to each other. Haji-Akbari tested this with a technique that he recently developed called jumpy forward-flux sampling, which accurately accounts for the progress of a system - such as the formation of ice or snow - even though the patterns can change significantly over a short period of time. By doing so, his team of researchers demonstrated that the proximity of surfaces is enough to induce freezing, but only in certain circumstances. Specifically, it happens only when there’s a liquid prone to surface freezing.

“What we showed is that in order for this faster nucleation to happen, the freezing next to the vapor-liquid interface also has to be faster, even if there's no particle within this droplet,” he said. Indeed, they showed that this nucleation happens even faster in ultrathin films of the surface-freezing liquid.

Haji-Akbari said the theoretical approaches they used for this study can be applied to understand other freezing processes, leading to information that could result in better weather predictions and provide valuable insight for materials scientists.

“Several components of these freezing events are not well understood, including contact freezing,” he said. “So the next step in our work is being able to build better models, which could result in more accurate or reliable predictions.”