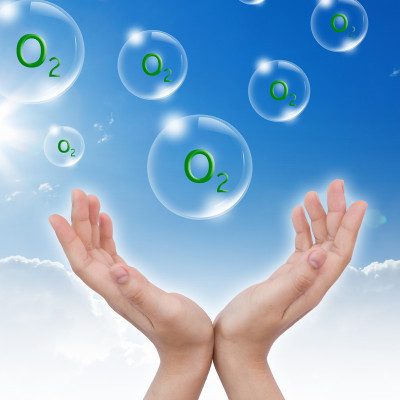 The oxidative dispersion process includes the formation of mobile metal oxide species from large metal particles and the capture of these species on a support surface. Nevertheless, the mechanism of oxidation-induced dispersion has yet to be confirmed via in situ electron microscopic and/or spectroscopic characterizations.

Recently, a research team led by Prof. FU Qiang and Prof. BAO Xinhe from the Dalian Institute of Chemical Physics (DICP) of the Chinese Academy of Sciences (CAS), in collaboration with Prof. YANG Bing from DICP and Prof. GAO Yi from the Shanghai Institute of Applied Physics of CAS, reported the oxygen adsorption-induced dispersion of metallic Ag nanoclusters in typical oxidative condition. 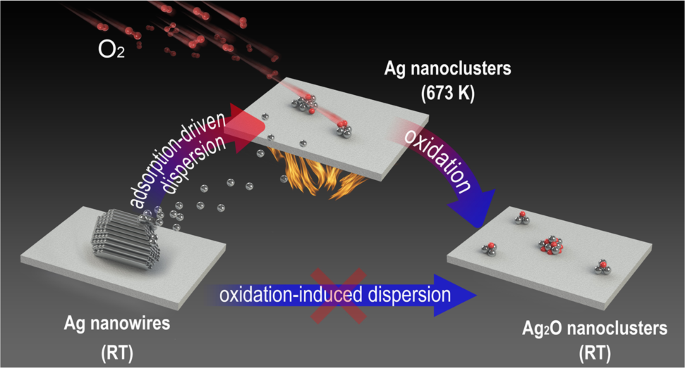 Ex situ experiments indicated that Ag nanowires were converted into AgOx nanoclusters. Conversely, in this study, in situ near-ambient pressure photoelectron spectroscopy (NAP-XPS) directly demonstrated the presence of a transitional state of metallic Ag nanoclusters during dispersion at high temperatures, while the formation of the oxide occurred during the cooling process. The dynamic dispersion of Ag nanowires during CO oxidation was also demonstrated.

Experimental and theoretical calculations showed that chemisorption of oxygen from the O2 condition was the essential driving force for the dispersion of metallic Ag nanoclusters.

This work provides a new understanding of the role of the O2 condition in oxidative dispersion, which is particularly important for the prediction and control of the dynamic dispersion/redispersion of supported metal catalysts under similar reaction conditions.