Cheap, Nontoxic Carbon Nanodots Poised to Be Quantum Dots of The Future 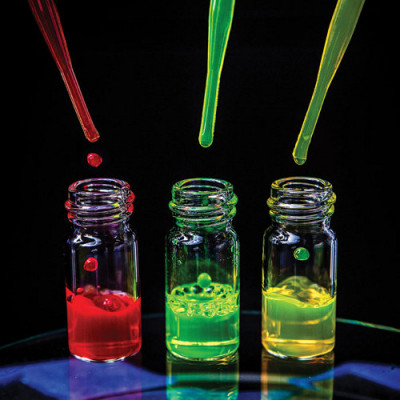 Quantum dots are useful in a variety of health and electronic technologies but are made of toxic, expensive metals. Nontoxic and economic carbon-based dots are easy to produce, but they emit less light. A new study that uses ultrafast nanometric imaging found good and bad emitters among populations of carbon dots.

Tiny fluorescent semiconductor dots, called quantum dots, are useful in a variety of health and electronic technologies but are made of toxic, expensive metals. Nontoxic and economic carbon-based dots are easy to produce, but they emit less light.

A new study that uses ultrafast nanometric imaging found good and bad emitters among populations of carbon dots. This observation suggests that by selecting only super-emitters, carbon nanodots can be purified to replace toxic metal quantum dots in many applications, the researchers said.

The findings, published in the Proceedings of the National Academy of Sciences, brought together researchers from the University of Illinois Urbana-Champaign and the University of Maryland, Baltimore County in a collaborative project through the Beckman Institute for Advanced Science and Technology at Illinois.

“Coming into this study, we did not know if all carbon dots are only mediocre emitters or if some were perfect and others were bad,” said Illinois chemistry professor Martin Gruebele, who led the study. “We knew that if we could show that there are good ones and bad ones, maybe we could eventually find a way to pick the perfect ones out of the mix.”

Determining whether carbon dots are good or bad light emitters starts with being able to see them, Gruebele said. The dots are less than 10 nanometers in diameter and, when excited, decide whether to fluoresce in a matter of in picoseconds – or one-thousandth of one billionth of a second.

“Using our previously developed single-molecule absorption scanning tunneling microscope, we could only image excited states with no time resolution,” Gruebele said. “In this study, however, we can now record quantum dots while in their excited state by combining true nanometer space resolution with femtosecond time resolution.” 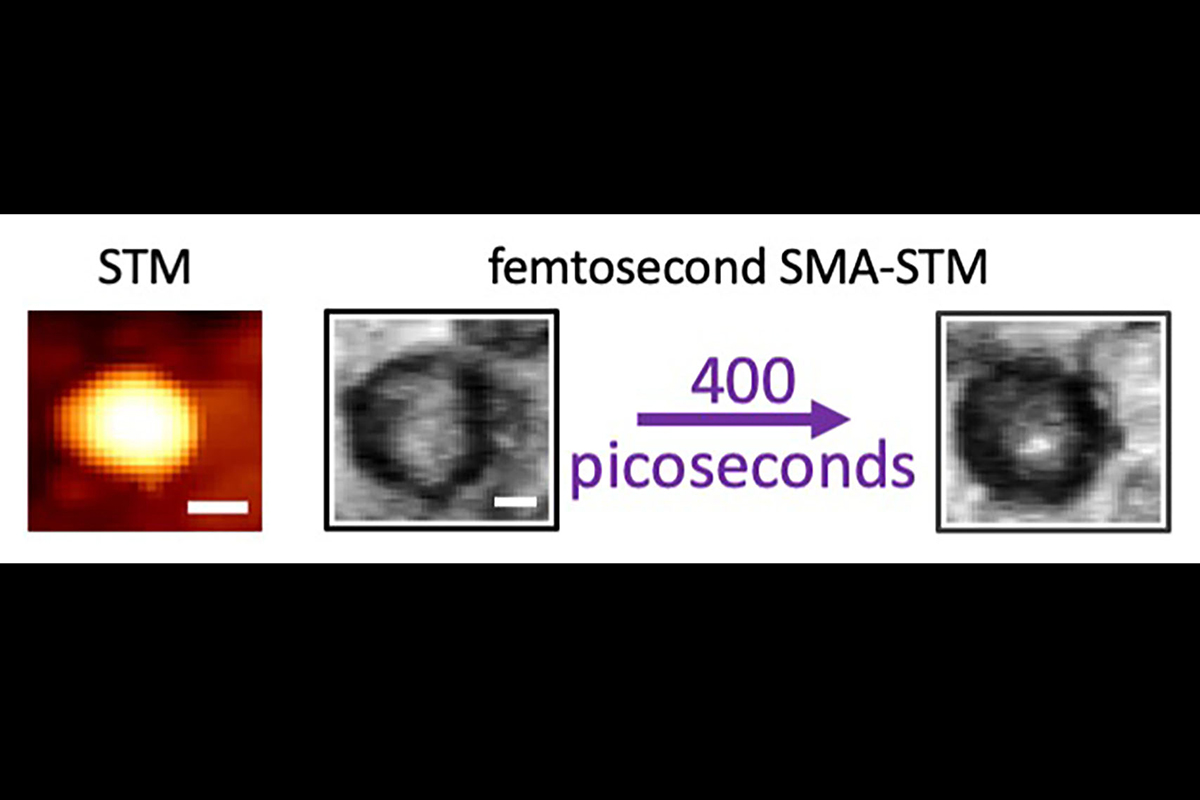 The ordinary scanning tunneling microscopy image of a carbon dot on the left shows only a featureless dot. The time-resolved single molecule absorption STM on the right reveals that laser excitation is initially spread over the whole carbon dot, but within a few picoseconds the excitation migrates to a highly localized area on the surface. The white scale bar is 5 nanometers long.

The team found that the energy excitation takes one of two paths: either emit light or expel the energy as heat before getting a chance to fluorescence.

“We found that in bulk populations, approximately 20% of a given population of carbon nanodots are perfect emitters, while about 80% have a very short light emission state before expelling heat,” Gruebele said. “Being able to see that there are different populations tells us that it may be possible to purify carbon dot populations by selecting only the perfect light emitters.”

The ability to pick out the perfect dots could make the concept of efficient carbon-based dots a reality, Gruebele said. “Metal quantum dots are often used to monitor the health of living cells, which is far from ideal, and having a nontoxic, economical option would be a significant advancement.”

The new imaging technology also allows the researchers to observe why some dots never light up, hinting that there is hope that researchers can someday synthesize perfect light-emitting carbon dots.

“We now know that we have an instrument that identifies the problem,” Gruebele said. “Whether we use it to purify groups of carbon dots or to help synthesize perfect light-emitting carbon dots is now just a question of where we want to head next.”

Read the original article on University of Illinois Board of Trustees.