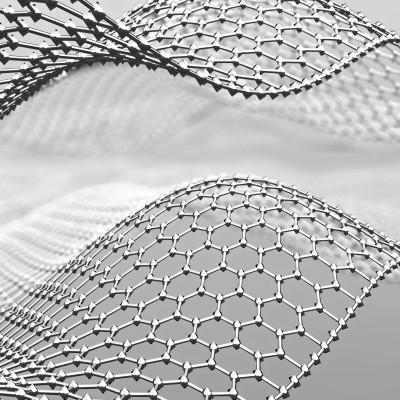 A recent study has developed new techniques for mass producing 2D nanomaterials such as graphene, representing significant strides for manufacturing.

In a recent study, engineers from Imperial College London and the University of Birmingham have designed a novel technique for large-scale production of graphene with real-time monitoring.

The study, published in 2D Materials, represents significant strides in manufacturing and provides a viable route for controllable and customisable mass-production which could be adopted for other 2D materials.

Graphene is an atom-thick honeycomb sheet of carbon atoms. Widely used in nanotechnology, graphene holds exciting potential due to its unique strength and thermal and electronic conductivity.

As more emphasis is placed on building a sustainable future, 2D nanomaterials such as graphene will become increasingly important. They will enable the improvement and creation of new technologies that can address challenges across energy, sustainability, and healthcare.

However, currently such applications are limited by the lack of industrial-scale methods.

In this study, these challenges are addressed by uncovering the mechanisms involved in graphene production in order to create a new technique which is able to perform on a large scale.

A top-down approach
Graphene is currently produced through a variety of methods, categorised into bottom-up and top-down approaches. Bottom-up graphene production builds layers atom-by-atom, making a high-quality product but with a drastically time-consuming process.

Conversely, top-down graphene production is typically much faster and has the potential for large-scale production, but the quality is noticeably lower. Top-down processes begin with graphite which is split into different layers using a technique known as exfoliation.

In this study, the team set out to produce a scalable method for top-down production which would result in a consistently high-quality graphene product. 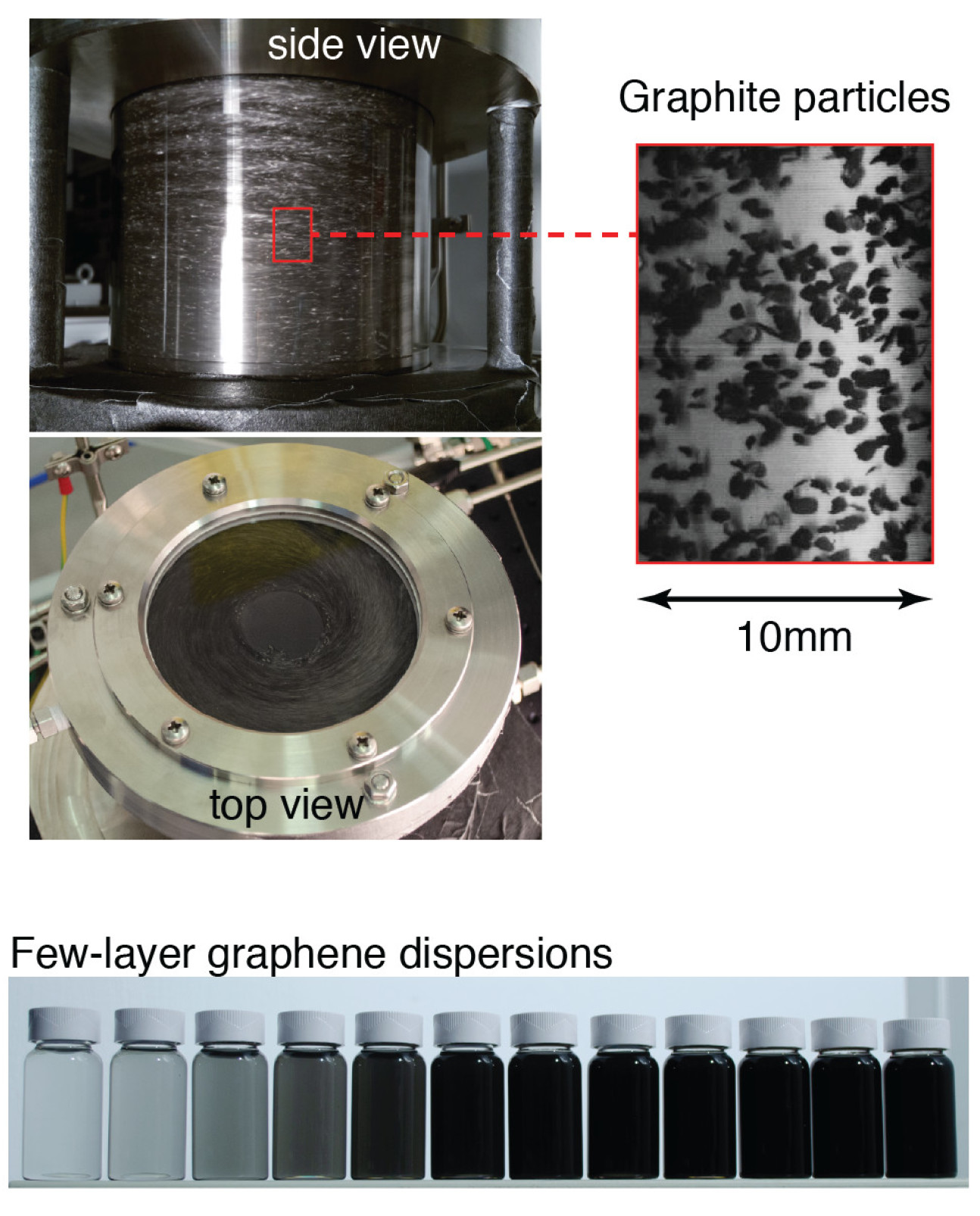 Both methods involved pumping liquids containing graphite particles through intense mixing environments, either over a rapidly rotating disc, or through a thin gap between two counter-rotating cylinders.

From this, the team were able to determine that factors such as the intensity of the mixing environment and the amount of time graphite particles spent within this environment were dominant in governing nanosheet characteristics and concentration.

‘On-the-fly’ monitoring
The findings of this study demonstrate a new technique for mass producing high-quality graphene that allows for real-time monitoring.

This ‘on-the-fly’ method will enable manufacturers to control the number of atomic layers in the 2D nanomaterials produced, allowing them to monitor the quality and production rates in real time.

Lead author Dr Jason Stafford, School of Engineering at the University of Birmingham, said: "The research outcomes bring us a step closer to realising widespread adoption of this promising class of nanomaterials in our future technologies.

"Inadequate global production and material quality are key issues, and this work opens up the possibility to rationally design and optimise production techniques at any scale.”

Co-author Professor Omar Matar, Imperial College London, added: “Our research is significant because it provides new methods for producing 2D materials on a large scale that can be customisable and enable real-time monitoring of the production process.”

A greener future
This study represents important developments towards a greener future, as Dr Camille Petit, also Imperial College London, explained: “Nanomaterials such as graphene will also become vital in supporting the transition towards a green energy supply, as they can be used to produce the components required in electronic devices, photovoltaics and batteries. As such, they must themselves be produced in a sustainable way.

Often graphene is produced using solvents, where many of the highest performing ones are the most toxic. The novel technique outlined in this study demonstrates success using a green solvent that can be optimised in 3% of the time required using traditional methods.

This can accelerate the design of green solvents as scientists are able to measure their performance as the graphene is being produced, rather than the traditional method which relies on removing graphene from the process and characterising the solvents separately.

These findings in combination with other batch processing methods for alternative 2D materials will enable practitioners to investigate new developments in a virtual environment. This could subsequently fast track the development of new lab processes into industrial-scale processes, allowing energy and environmental considerations to be factored into designs earlier in the process.

Next steps
The researchers are currently working with industrial partners to maximise the impact of their work on manufacturing.

Although this study uses a common range of graphite concentrations, an assessment for higher initial concentrations would also be beneficial going forward.

Similarly, researchers hope their study will be used as a basis for further investigations into other 2D materials where factors such as light scattering can alter the outcome.