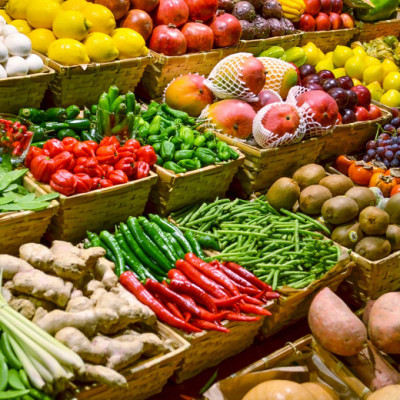 ​ITMO Ph.D. student with her colleagues from Russia, Spain, and Singapore proposed a design of a simple and inexpensive device that would take mere minutes to identify the presence of pesticide residue on the surface of agricultural produce. The research was published in Nanoscale.

It’s common knowledge that fruit and vegetables are an essential source of vitamins and dietary fiber. The recently published dietary recommendations by American scientists state that one needs to eat two servings of vegetables and three servings of fruit on a daily basis if they want to live a long and healthy life. However, not all agricultural products are healthy: some are contaminated with pesticides ― chemicals used by farmers to fight vermin and preserve their crops.

In 2019, ecologists from the Environmental Working Group presented a list of 12 agricultural products that are most often contaminated with pesticides. It included such products as strawberries, spinach, apples, cherries and potatoes. Even an expert may have difficulty understanding whether a product is safe or not; this calls for complex analyses.

Recently, a research team that included scientists from ITMO University as well as their colleagues from the Ioffe Institute, National University of Singapore and University of Rovira i Virgili published an article in Nanoscale journal where they described a new principle for identification of pesticide residue on the surface of fruits and vegetables.

From fundamental to applied research

Everything began with a project by an ITMO student Anastasia Nenashkina. She was looking for a way to relatively quickly produce silver nanoparticles at a reasonable cost. She succeeded in finding a way to decrease the time taken to produce such nanoparticles to one day while using simple and affordable ingredients. After becoming a PhD student, she decided to continue working with these particles and find an application for them.

“We learned that the melamine polymer can interact with silver in an interesting manner,” remembers Anastasia. “Then, we remembered that there were experiments on using melamine for detecting pesticide residue. So we decided to do a project on creating sensors that identify the presence of pesticide residue on the surface of products.”

A mixture of silver and agar

In order to create an analyzing device scientists mixed agar, which is used as a gelatin substitute in cooking, melamine, and small amounts of silver nitrate in a Petri dish. The latter ingredient is well-known in the medical field as a bactericidal agent and in photographic engineering as a component of developing agents. While the substance contains silver, it is relatively cheap and accessible. 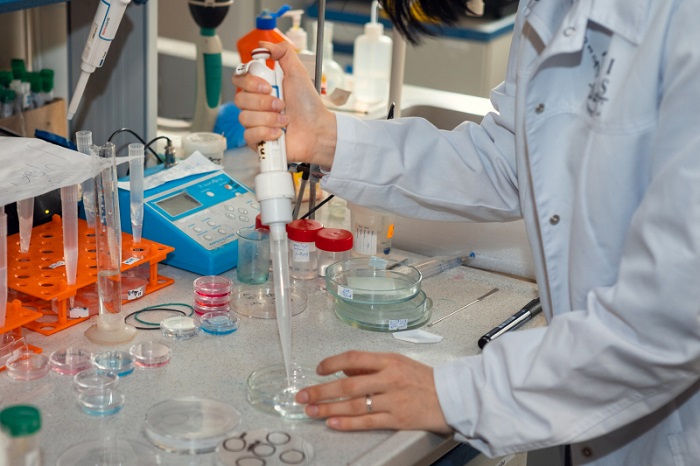 The process of making films from silver nanoparticles and melamine.

Inside the gel, the components start interacting between each other. As a result, white precipitation  emerges. Under the effect of light, this precipitation decomposes, forming silver nanoparticles, and the reaction stops. After that, the dishes are put into a drying cabinet (oven). At this stage, it’s very easy to damage the material, so the drying has to be done with care; but after the gel sets completely, you get lightweight and flexible films.

“Producing the films takes a day,” says Anastasia Nenashkina. “After that, these films can be used to detect pesticides. The method is very cheap: thanks to the use of melamine, we’ve more than halved the necessary amount of silver nitrate. Basically, we created a cheaper counterpart of a pesticide detector.” 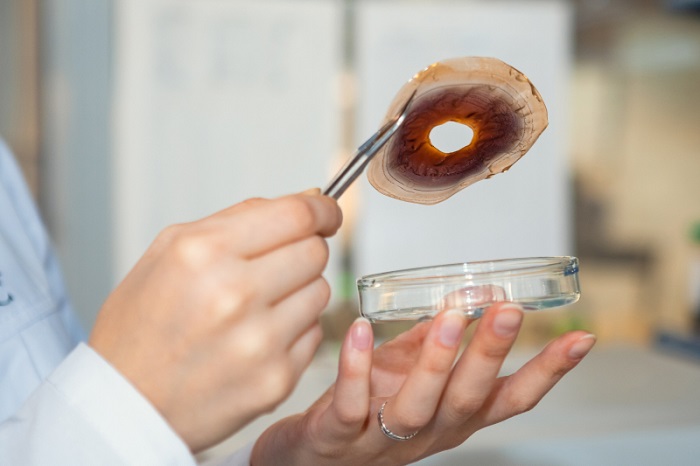 Films from silver nanoparticles and melamine.

The film’s operating principle is simple: upon contact, a complex of silver nanoparticles and melamine captures pesticide particles. To do that, you need to put the film on a product, wet it with alcohol, then remove it and put it into an analyzer.

The change in the optical response will show whether there is pesticide on the product surface or not. “Last March, I went to Spain where my colleagues and I tested our films on a Raman spectroscopy device. I spent a week there, doing the essential research, and after that we wrote our article,” remembers Anastasia.

“We compared our method with classical chromatography, voltammetry, and other methods for detecting pesticides. Our method is cheaper, quicker and more mobile, as there exist portable and affordable devices that can be used to check the response of our films,” she adds.