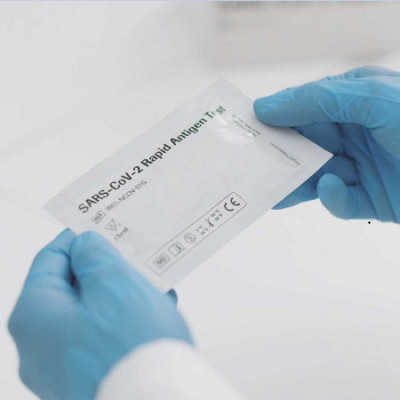 The rapid mass testing strategy costing just £1 a day per child can get children back to school and economies up and running, according to experts.

That is the small price of the rapid mass testing across schools in the UK, which is also hard on the heels of one of the world’s swiftest and most successful vaccination programmes.

A double whammy of rapid testing and vaccine deployment applied internationally could lead to a reduction of the human and economic hardship caused by much-criticised lockdown strategies, as well as the continued failure of ‘Track and Trace,’ which has swallowed up £32 billion in the UK.

The economical LFT utilizes nanoparticles to detect virus fragments in a test sample, identifying whether a subject is SARS-CoV-2 asymptomatic within 30 minutes. An individual can immediately isolate after a positive test, preventing transmission of COVID-19 at a rapid pace.

Some early scepticism about the devices has since been overwhelmed by new data and a robust rebuttal from Dr Susan Hopkins, COVID-19 Strategic Response Director to Public Health England, who said:“Up to one in three people who have coronavirus never show any symptoms (asymptomatic) but that does not mean they are not infectious. Using LFTs enables us to rapidly identify people in the population who are asymptomatic, with results produced in 30 minutes.

“Lateral flow devices are effective at finding people with high viral loads who are most infectious and most likely to transmit the virus to others.”

And she added that the latest data suggested LFTs “are at least 99.9% specific which means that the risk of false positives is extremely low – less than one in a thousand.”

UK Government-sponsored LFT use in workplaces is already widespread, with nearly 50,000 UK businesses already registered for free kits, so that employees can be tested at least twice a week with fast results, enabling them to return to work and their children to get back into the classroom.

Each pupil must take two tests (£3.50 each) a week to show whether they need to be taken out of class to avoid infecting others and the same approach will be used for parents in the workplace.

“That’s remarkable value-for-money. £1 a day for an ‘insurance policy’ to enable schools to open, mums and dads to properly return to work, and the country to accelerate out of lockdown with the re-opening of hospitality and major venues no longer a distant prospect,” said Paul Sheedy, Co-founder of the not-for-profit World Nano Foundation (WNF) that promotes healthcare innovation and believes mass testing kits using nanotechnology are central to future pandemic protection.

Sheedy himself has co-developed Test2Suppress™ modelling to highlight how an LFT ‘Test to Suppress’ campaign allows early detection and immediate isolation, reducing the need for lockdowns.

He added: “The Government is rightly cautious about ending lockdown too early, so its medical advisors will pore over the data to check that the return to school and all workplaces maintain the falling infection rate.”

The next major battle will be the full re-opening of hospitality and major sporting and entertainment venues.

Britain’s Culture Secretary Oliver Dowden has announced plans for 20,000 fans to watch the FA Cup Final on May 15 and for a dozen other events, including the World Snooker Championships starting on April 17, to go ahead providing spectators return a negative LFT and can be tested again afterwards. This means they will not need to comply with social distancing at the event.

This level of social interaction will finalise ‘Operation Moonshot’ – the Johnson Government’s use of targeted mass testing to halt and drive back COVID-19.

Daniel Elliott, CEO of Innova Medical Group – the world's biggest supplier of COVID-19 LFT kits – confirmed that the UK government was his biggest customer, with a billionth kit about to be delivered and the company looking to open a UK production site to meet demand.

Innova is also in discussions with UK pharmacy chains to sell direct to consumers and Elliott added: "A mass testing strategy is most protective in businesses like personal care, pubs, clubs and a lot of events, where close contact in enclosed spaces can't be avoided."