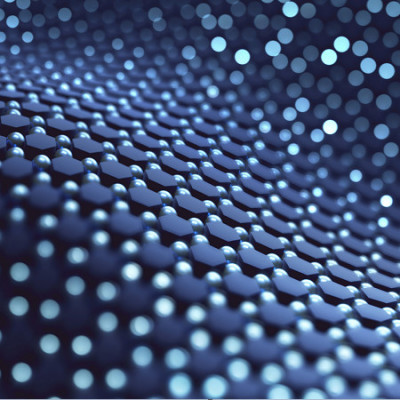 Materials science likes to take nature and the special properties of living beings that could potentially be transferred to materials as a model. A research team led by chemist Professor Andreas Walther of Johannes Gutenberg University Mainz (JGU) has succeeded in endowing materials with a bioinspired property: Wafer-thin stiff nanopaper instantly becomes soft and elastic at the push of a button. "We have equipped the material with a mechanism so that the strength and stiffness can be modulated via an electrical switch," explained Walther. As soon as an electric current is applied, the nanopaper becomes soft; when the current flow stops, it regains its strength. From an application perspective, this switchability could be interesting for damping materials, for example. The work, which also involved scientists from the University of Freiburg and the Cluster of Excellence on "Living, Adaptive, and Energy-autonomous Materials Systems" (livMatS) funded by the German Research Foundation (DFG), was published in Nature Communications.

Inspiration from the seafloor: Mechanical switch serves a protective function
The nature-based inspiration in this case comes from sea cucumbers. These marine creatures have a special defense mechanism: When they are attacked by predators in their habitat on the seafloor, sea cucumbers can adapt and strengthen their tissue so that their soft exterior immediately stiffens. "This is an adaptive mechanical behavior that is fundamentally difficult to replicate," said Professor Andreas Walther. With their work now published, his team has succeeded in mimicking the basic principle in a modified form using an attractive material and an equally attractive switching mechanism.

The scientists used cellulose nanofibrils extracted and processed from the cell wall of trees. Nanofibrils are even finer than the microfibers in standard paper and result in a completely transparent, almost glass-like paper. The material is stiff and strong, appealing for lightweight construction. Its characteristics are even comparable to those of aluminum alloys. In their work, the research team applied electricity to these cellulose nanofibril-based nanopapers. By means of specially designed molecular changes, the material becomes flexible as a result. The process is reversible and can be controlled by an on/off switch.

"This is extraordinary. All the materials around us are not very changeable, they do not easily switch from stiff to elastic and vice versa. Here, with the help of electricity, we can do that in a simple and elegant way," said Walther. The development is thus moving away from classic static materials toward materials with properties that can be adaptively adjusted. This is relevant for mechanical materials, which can thus be made more resistant to fracture, or for adaptive damping materials, which could switch from stiff to compliant when overloaded, for example.

Targeting a material with its own energy storage for autonomous on/off switching
At the molecular level, the process involves heating the material by applying a current and thus reversibly breaking cross-linking points. The material softens in correlation with the applied voltage, i.e., the higher the voltage, the more cross-linking points are broken and the softer the material becomes. Professor Andreas Walther's vision for the future also starts at the point of power supply: While currently a power source is needed to start the reaction, the next goal would be to produce a material with its own energy storage system, so that the reaction is essentially triggered "internally" as soon as, for example, an overload occurs and damping becomes necessary. "Now we still have to flip the switch ourselves, but our dream would be for the material system to be able to accomplish this on its own."

Andreas Walther conducted his research in close collaboration with his colleagues at the University of Freiburg. He is one of the founders of the Freiburg Cluster of Excellence on "Living, Adaptive, and Energy-autonomous Materials Systems" (livMatS), in which he will continue to be involved as an associate researcher. Since October 2020, Walther has been Professor of Macromolecular Chemistry at Johannes Gutenberg University Mainz and he is also a Fellow of JGU's Gutenberg Research College (GRC). For his project entitled "Metabolic Mechanical Materials: Adaptation, Learning & Interactivity" (M3ALI), he received an ERC Consolidator Grant, one of the most highly endowed EU funding awards given to top-level researchers.