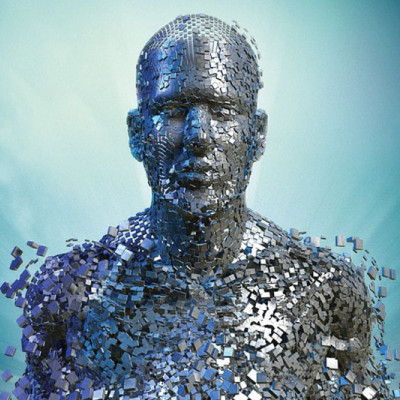 Claytronics is a system designed to implement the concept of programmable matter, that is, material which can be manipulated electronically in three dimensions in the same way that two-dimensional images can be manipulated through computer graphics. Such materials would be composed of “catoms” — claytronics atoms — which would, in analogy with actual atoms, be the smallest indivisible units of the programmable matter.

Each catom would be capable of receiving electronic instructions, processing information, and communicating with and adhering to other catoms. Groups of catoms would be capable of movement, but without the individual catoms having any moving parts. The aim is for very large numbers of extremely small catoms to be used in nanoscale robotics, allowing a wide range of applications.

In claytronics, collections of catoms are referred to as "ensembles." Each catom within an ensemble is able to determine its location and, combining this information with some overall goal prescribed for the ensemble as a whole, can decide whether to bond with neighboring catoms, or whether to move relative to them. For example, an ensemble might be given the goal of reproducing a three-dimensional object. Initially, the individual catoms may be moving around randomly, but as they use the information they have been provided about the object to be reproduced in combination with information about their states and locations from their internal memory and sensors, the object takes shape through their cooperative action.

Organizing the behavior of millions of self-contained units requires the development of new programming languages very different from those used for conventional applications. For example, it would not be possible to uniquely identify each unit — they would be “anonymous” and so a “program” would not consist of sets of specific instructions sent to specific units. Instead, a goal would be specified and the essentially autonomous units left to organize themselves by following simple rules. Two programming languages, Meld and Locally Distributed Predicates (LDP), have been developed for this purpose.

One likely application for claytronics is a 3-D fax machine that would enable the reproduction of three-dimensional objects from transmitted information. While a number of other options have been suggested to achieve this, it is probable that claytronics technology would result in much faster reproduction. The object to be reproduced could simply be buried under a layer of catoms that would obtain and transmit information about the object’s dimensions to a receiving ensemble of catoms that would then organize themselves to create an accurate reproduction. Another possibility is “pario,” a step forward from video that allows the manipulation of moving three-dimensional objects, with many possible uses in research, modeling, design and education as well as entertainment.

Read the original article on Wisegeek.