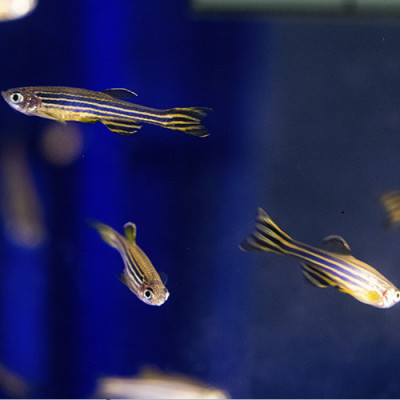 A study by the UPV/EHU’s CBET research group and the University of Bordeaux has shown that graphene oxide nanomaterials, alone and combined with polycyclic aromatic hydrocarbons, pose a potential source of toxicity to fish, but at concentrations that are above the currently expected environmental levels. Under the conditions used in the research, high toxicity has not been detected, although the alteration of certain biomarkers has been observed.

Graphene is a two-dimensional nanomaterial composed of carbon and formed by a single layer of densely packed carbon atoms. The high mechanical strength and significant electrical and thermal properties of graphene mean that it is highly suited to many new applications in the fields of electronics, biological, chemical and magnetic sensors, photodetectors and energy storage and generation. Due to its potential applications, graphene production is expected to increase significantly in the coming years, but given its low market uptake and the limitations in analysing its effects, little information on the concentrations of graphene nanomaterials in ecosystems is currently available.

“The results reveal that graphene oxide can carry polycyclic aromatic hydrocarbons into the zebrafish (via a kind of Trojan horse effect) and exert sublethal effects. Under the conditions we adopted, the toxic effects have not been huge, no fish or embryos have died, but in some biomarkers we have detected effects that have put us on the alert," said Amaia Orbea, a PhD-holder in the CBET group at the UPV/EHU.

Firstly, they detected that at high concentrations malformations may occur in embryos, "which means that in longer exposures and at higher concentrations non-viable animals may be born", explained Orbea. Secondly, this research has confirmed that "in the long term, during a three-week exposure period, the enzyme acetylcholinesterase, which slows down nervous stimuli, was inhibited in all the fish treated, so despite not using very high concentrations, we saw that as the exposure time increases, neurotoxic effects begin to appear", said the researcher.

"We used specific concentrations and time periods, but we don’t know how these concentrations will evolve from now on in nature or what their possible influence may be in relation to other pollutants. The results have shown us that the concentrations that may exist in the environment at the moment are not very dangerous, but we have to be careful: we don’t know what effects these low concentrations may have during longer exposures. The results obtained are related to the conditions applied in our experiments. We don’t normally come across graphene alone in the environment; along with graphene there are many other pollutants that also affect animals... We need to consider them all at the same time," she concluded.

Read the original article on University of the Basque Country (UPV/EHU).