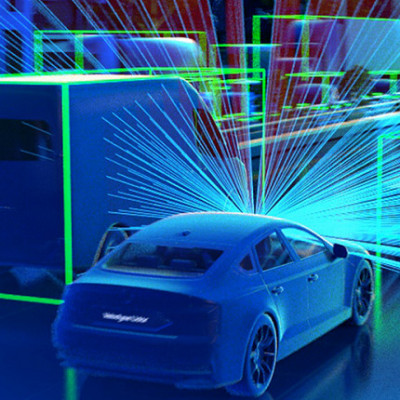 Pohang University of Science and Technology has developed a nanotechnology that can reduce the size of a LiDAR sensor to smaller than that of a thumb.

LiDAR, short for light detection and ranging, is considered a key device to enable self-driving technologies. Typically mounted on the roofs of autonomous vehicles, conventional LiDAR sensors rotate and emit lasers to surrounding objects. By measuring the return time of light pulses, the sensors construct a 3D image of the surrounding environment. 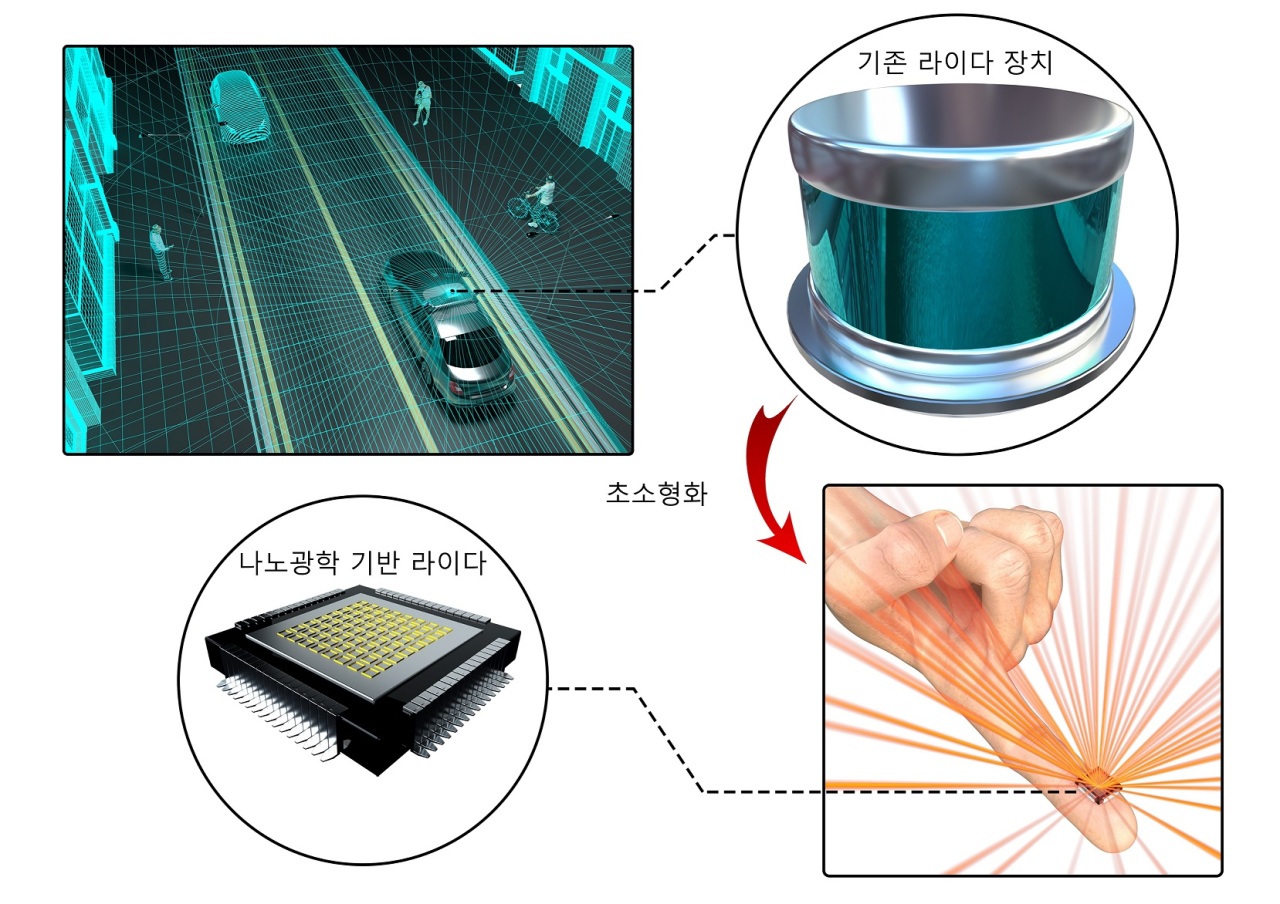 A combination of images shows a mechanically rotating LiDAR sensor (top) and a chip-shaped LiDAR sensor smaller than a thumb, developed by Postech. (Pohang University of Science and Technology)

However, mechanically rotating LiDAR sensors heat up easily and consume a lot of electricity. Also, they are bulky in size, as big as two adult fists, and cost tens of thousands of dollars.

Researchers led by professor Rho Jun-suk developed a nanotechnology that can make LiDAR sensors 1,000 times smaller in volume, when compared to the rotating type.

The new invention is about 10 times smaller than the more advanced chip-shaped sensors, according to Rho.

Chip-shaped LiDAR sensors shoot an array of invisible infrared laser sources with columns and rows to achieve in-depth 3D images. These reflected beams are received as a group of points from which an image of the surroundings is then calculated.

“If successful, the research will allow us to manufacture a high-speed and high-precision LiDAR sensor smaller than the size of a thumb at cheaper costs,” Rho said.

Rho’s research findings have been published in the recent issue of Nature Nanotechnology, the world’s renowned nanotechnology journal, according to Postech.

Read the original article on The Korea Herald by Herald Corporation.