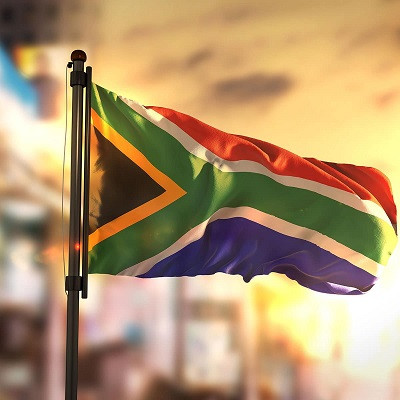 As a developing country in Africa that is part of the BRICS group, South Africa is also one of the top two countries in the field of nanotechnology (along with Egypt) on the continent, which has witnessed tremendous growth in this technology in recent years. Having performed a scientometric analysis of the publications in South Africa from 2000 to 2019, this report examines the prospects for the development of nanotechnology in this country.

The first step in a foresight perspective is to monitor the research environment and recognize major advances in science and technology, including core research areas and other relevant options. The second stage is the prospective process of identifying the main stakeholders, while the last stage is the production stage, where the identified research areas are evaluated and analyzed and the desired future having the potential to support the socio-economic development of the country is determined.

In an article published in the February 2021 issue of the Journal of Nanoparticle Research, these steps were examined with the aim of gaining a futuristic insight into nanotechnology in South Africa. In this study, articles pertaining to South African nanotechnology were analyzed using Vantage Point Software and the share of various stakeholders including universities, research centers, companies and top researchers in various scientific fields were determined.

South Africa has the highest international collaboration in publishing nano-articles with India, followed by the United States. But in recent years, this collaboration has shifted more towards other African countries; in 2019, Nigeria was the second South African partner in the dissemination of nanosciences.

Chemistry, materials science, and physics accounted for the largest share of South African papers, respectively. However, the existence of computer science among the top 20 disciplines is indicative of the formation of the convergence of nanotechnology with computer sciences and artificial intelligence. Among the applied research fields, materials science, optics and photoluminescence, medicine and sensors possessed the highest share, respectively, while the most cited scientific fields are infectious diseases, biotechnology and water, respectively.

Universities are the major centers for the production of nanoscience in South Africa, and the share of other centers, including research and private centers, is smaller. Among universities, the University of Johannesburg has the lion’s share (14%), followed by the University of Witwatersrand and KwaZulu Natal. This report also specifies the focus of each university in various fields of applied science.

Private companies’ contribution to nanotechnology in South Africa is relatively insignificant, which might have an adverse impact on the innovation and commercialization of research in nanotechnology in this country. Also, nanotechnology companies operating in a specific field are concentrated in certain geographical areas rather than in the whole country. For instance, if one wants to develop a business in the field of optics, it would be better to settle in Pretoria or Free State, where there are more reputable universities in this field.

Other analyses, including the country's top researchers in various fields, are also included in this report. This article is an environmental scan of nanotechnology in South Africa and can be valuable for foresight planners, investors, governmental policymakers and R&D managers.