Using Nanotechnology to Address the Limitations of Hydrogen Production 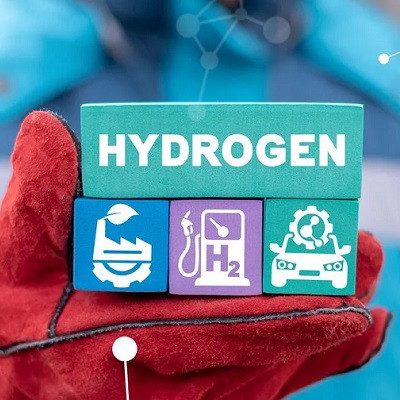 A clean hydrogen economy could be the answer to transitioning out of fossil fuel use. Being the most abundant element on the Earth and making up more than 90% of all known matter, it can be seen as the most feasible renewable resource available.

With its non-toxic characteristics, it has become an alternative fuel globally; NASA has used hydrogen to power space programs since 1958 and car manufacturers such as Toyota and Honda have also taken an interest in this resource to fuel vehicles.

However, the transition into the use of hydrogen has also brought a few challenges to light, with the use of electrolysis to break down water into hydrogen and oxygen having limitations for mass use.

This article will explore the method of hydrogen production and its limitations as well as the role nanotechnology can play in resolving this.

Similar to any other chemical reaction, energy is required to overcome the barrier in electrochemical processes to produce hydrogen from water, known as the overpotential.

Both these half-cell reactions require suitable catalysts to minimize this overpotential for effective hydrogen and oxygen production and platinum-group metal-based catalysts, as well as their derivatives, are known to be the most efficient catalyst for hydrogen evolution reactions. However, this metal group is rare and expensive which restricts the mass use of these metals to produce hydrogen to meet global demand.

The process of using electricity to break water into hydrogen and oxygen was first discovered in 1800, by two British researchers who had the realization that Alessandro Volta’s novel invention of the voltaic pile battery could be used for this reaction.

This reaction being produced on a larger scale can provide a very real possibility of powering a more green economy as an alternative clean fuel for long-term energy storage and heavy-duty transportation.

However, at this current state, more than 95% of hydrogen production is derived from natural gases through reactions that also produce carbon dioxide as a waste product. This would further the negative impact that carbon dioxide has as a greenhouse gas on the planet.

The mass production of electrolysis would utilize precious metals that are rare and expensive, which creates a challenge for scientists to find a less expensive and more sustainable source of metals to produce hydrogen and oxygen.

Tyler Mefford, a scientist working with Stanford and the Stanford Institute for Materials and Energy Sciences (SIMES) at SLAC who led related research, has commented that “there aren’t enough precious metals in the world to power this reaction at the scale we need, and their cost is so high that the hydrogen they generate could never compete with hydrogen derived from fossil fuels.”

The lack of efficiency and sustainability of this process illustrates the requirement in better understanding the workings of water-splitting catalysts in order for the process to be effectively improved. However, the techniques to observe this process have fallen short due to the liquid environment of using an electrocatalytic reactor.

With the advancement of the field of nanotechnology, this problem can now be addressed effectively. Around 10 years ago, a research group led by Patrick Unwin in the University of Warwick invented a new technique that puts a miniature electrochemical cell inside a nanoscale droplet that works at the tip of a pipette tube.

The function of the droplet consists of imaging the topography of a surface it is in contact with, as well as the ionic and electronic currents, with very high resolution.

This invention is approximately a decade old and would not work for the purposes of catalyst investigation, and so Unwin’s research team has been able to adapt this miniature device for use in a chemical environment. The adaption of this device enabled the researchers to move the device across the surface of a single catalyst particle during the reaction; this assisted them to “zoom in to study extremely small regions of reactivity,” allowing the study of “oxygen generation at a scale more than one hundred million times smaller than typical techniques," said postdoctoral researcher, Minkyung Kang.

Another discovery that was made during this research was that the reaction was being affected by the edges of the catalyst at a higher rate, denoting the significance of having sharp, thin features on catalysts.

The significance of the characterization that was enabled by the novel device is the advancement of how catalysts would work to accelerate the split of water electrolysis. Water electrolysis by renewable resource-derived electricity would be a sustainable path to a greener economy.

The search for new electrocatalysts for electrochemical hydrogen evolution reaction materials is being carried out using advanced nanomaterials. This approach would utilize more available and cheaper nanoparticles, with a focus on non-platinum electrocatalysts based on transition metals, metal alloys, transition metal oxides, carbides, metal-free composite catalysts and more.

The field of nanotechnology is integral for the advancement of a more green economy with the characterization of novel catalysts which will ensure the quality of the catalyst is quantifiable as well as the use of nanomaterials as catalysts. Both these developments could help shape the way hydrogen can be sourced in a more renewable fashion for mass use to meet the global demand.