Thin is Now in to Turn Terahertz Polarization 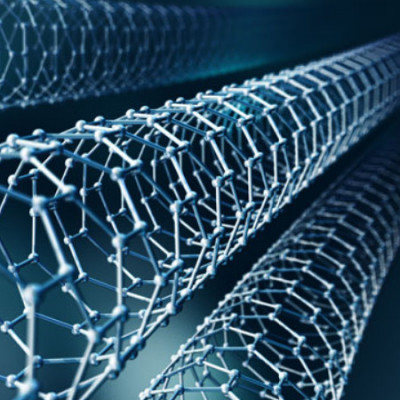 It’s always good when your hard work reflects well on you. With the discovery of the giant polarization rotation of light, that is literally so.

The ultrathin, highly aligned carbon nanotube films first made by Rice University physicist Junichiro Kono and his students a few years ago turned out to have a surprising phenomenon waiting within: an ability to make highly capable terahertz polarization rotation possible.

This rotation doesn’t mean the films are spinning. It does mean that polarized light from a laser or other source can now be manipulated in ways that were previously out of reach, making it completely visible or completely opaque with a device that’s extremely thin.

The unique optical rotation happens when linearly polarized pulses of light pass through the 45-nanometer film and hit the silicon surface on which it sits. The light bounces between the substrate and film before finally reflecting back, but with its polarization turned by 90 degrees.

Rice physicists have made broadband polarization rotators with ultrathin carbon nanotube films. The films optically rotate polarized light output by 90 degrees, but only when the input light’s polarization is at a specific angle with respect to the nanotube alignment direction: the “magic angle.”

This only occurs, Kono said, when the input light’s polarization is at a specific angle with respect to the nanotube alignment direction: the “magic angle.”

The discovery by lead author Andrey Baydin, a postdoctoral researcher in Kono’s lab, is detailed in Optica. The phenomenon, which can be tuned by changing the refractive index of the substrate and the film thickness, could lead to robust, flexible devices that manipulate terahertz waves.

Kono said easy-to-fabricate, ultrathin broadband polarization rotators that stand up to high temperatures will address a fundamental challenge in the development of terahertz optical devices. The bulky devices available until now only enable limited polarization angles, so compact devices with more capability are highly desirable.

Because terahertz radiation easily passes through materials like plastics and cardboard, they could be particularly useful in manufacturing, quality control and process monitoring. They could also be handy in telecommunications systems and for security screening, because many materials have unique spectral signatures in the terahertz range, he said.

“The discovery opens up new possibilities for waveplates,” Baydin said. A waveplate alters the polarization of light that travels through it. In devices like terahertz spectrometers used to analyze the molecular composition of materials, being able to adjust polarization up to a full 90 degrees would allow for data gathering at a much finer resolution. 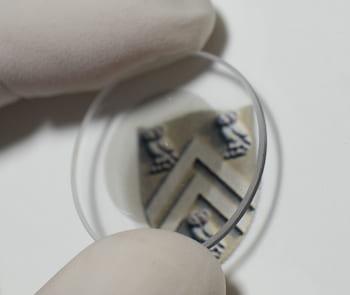 Ultrathin, broadband polarization rotators are made possible by ultrathin carbon nanotube films developed at Rice University in 2016. The films of highly aligned single-walled nanotubes were first made in 2016.

“We found that specifically at far-infrared wavelengths — in other words, in the terahertz frequency range — this anisotropy is nearly perfect,” Baydin said. “Basically, there’s no attenuation in the perpendicular polarization, and then significant attenuation in the parallel direction.

“We did not look for this,” he said. “It was completely a surprise.”

He said theoretical analysis showed the effect is entirely due to the nature of the highly aligned nanotube films, which were vanishingly thin but about 2 inches in diameter. The researchers both observed and confirmed this giant polarization rotation with experiments and computer models.

“Usually, people have to use millimeter-thick quartz waveplates in order to rotate terahertz polarization,” said Baydin, who joined the Kono lab in late 2019 and found the phenomenon soon after that. “But in our case, the film is just nanometers thick.”

“Big and bulky waveplates are fine if you’re just using them in a laboratory setting, but for applications, you want a compact device,” Kono said. “What Andrey has found makes it possible.”

Co-authors of the paper are Rice graduate students Natsumi Komatsu and Fuyang Tay and alumni Saunab Ghosh, Takuma Makihara and Timothy Noe. Baydin is an Attwell-Welch Postdoctoral Fellow of Rice’s Smalley-Curl Institute. Kono is the Karl F. Hasselmann Professor in Engineering and a professor of electrical and computer engineering, of physics and astronomy and of materials science and nanoengineering.