Could Graphene Oxide Nanosheets be an Effective SARS-CoV-2 Antiviral in PPE? 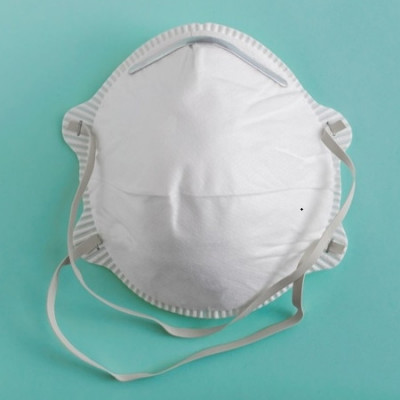 A new study has been published in Small, which has combined in silico and in vitro analysis to examine if GO sheets have an inhibitory effect against SARS‐CoV‐2 surface proteins.

The rapid spread of the severe acute respiratory syndrome coronavirus 2 (SARS‐CoV‐2), the causal agent of the ongoing coronavirus disease 2019 (COVID‐19), has claimed more than 3.4 million lives worldwide. Since the onset of the pandemic, the global scientific community across the globe has been designing various means to contain the spread of SARS-CoV-2.

Researchers believe that the utilization of nanotechnology and nanomaterials could play a vital role in combating the current pandemic. For example, they can be used in the development of diagnostic tools for the detection of the virus. Nanotechnology can be used to create personal protection equipment like masks that shield an individual from viral particles. Nanomaterials can also effectively inactivate the surface virus particles or those captured in the protective gear. Nanotechnology and nanomaterials can also be used in the development of vaccines and therapeutics for COVID-19.

Computational simulations such as docking analysis and molecular dynamics simulations (MDS) are effective for drug repurposing. Docking analysis is used to study the interaction of drug molecules, while MDS is used for conformation analysis of proteins. Drug repurposing involves the screening of commercially approved drug molecules for other diseases, which can be effective against COVID-19. This method has proven effective in identifying drugs such as remdesivir or toremifene that possess high binding affinities against SARS‐CoV‐2 proteins, namely its spike (S) protein and protease. After the initial in silico studies, the identified drug molecules are subjected to extensive pre‐clinical evaluations before using it to treat COVID-19 patients. At present, Food and Drug Administration (FDA) has only approved remdesivir to be used to treat COVID‐19 patients.

Previous studies have reported that nanoparticles such as liposomes, emulsions, micelles-based nanocarriers, carbon‐based and 2D materials can be effectively used as antiviral drug delivery platforms. Nanoparticles such as graphene, graphitic carbon nitride (g‐C3N4), hexagonal boron nitride (hBN), etc., are used in biomedical sciences owing to their superior optical, electronic and physicochemical properties and good biocompatibility. Researchers believe that owing to the extremely large surface area, 2D nanomaterials can serve as select carriers for antiviral drug delivery systems. Among all 2-dimensional materials, graphene oxide (GO) is the most explored material in biomedical research.

A new study has been published in Small, which has combined in silico and in vitro analysis to examine if GO sheets have an inhibitory effect against SARS‐CoV‐2 surface proteins.

Earlier studies have revealed GO’s broad‐spectrum antiviral activity that includes pseudorabies virus (PRV), porcine epidemic diarrhea virus (PEDV), and herpes simplex virus-1 (HSV‐1). GO has been reported to be effective at a concentration that is non-toxic to VeroE6 cells. More recently, several research groups have reported that nanoparticles such as silver, copper and aluminum nitride can block SARS‐CoV‐2 infectivity.

Scientists of the present research have performed molecular docking experiments to study the interaction of GO with the viral spike, the ACE2 cell receptor, and the spike‐ACE2 complex. Additionally, factors associated with these interactions were determined. A proof‐of‐concept study was also conducted using Vero E6 cell cultures to assess the inhibitory effect of GO against wild‐type SARS‐CoV‐2.

In this study, four different infectious viral clades have been used for a better understanding of the inhibitory effect of GO against mutated variants. The clades used in this research had been selected in accordance with the Global Initiative on Sharing All Influenza Data (GISAID) platform.

The current study has shown that GO has affinity towards the S protein, ACE2 receptors, and the spike‐ACE2 complex. Researchers found that GO strongly interacts with the viral spike (6VYB or 6VXX) and the ACE2 (1R42) before attaching with the virus ligand. Thereby having high affinity for the surface of all three structures (namely 6M0J, 6VYB, and 6VXX). Hence, GO can minimize SARS‐CoV‐2 infectivity in three out of four viral clades tested in this study. The difference in the rate of inhibition among viral clades may be because of the genetic mutations of the viruses.

Researchers believe that the findings of the current study highlight the importance of studying genotypic mutations, the number of which will subsequently increase in the future. Therefore, more research on the effect of nanomaterials against SARS‐CoV‐2 variants is crucial.

The present study strongly recommends GO as a potential material that can be used in manufacturing sophisticated protective gear such as PPE and face masks, which could capture and neutralize viral particles. GO could also act as an effective antiviral drug delivery platform.