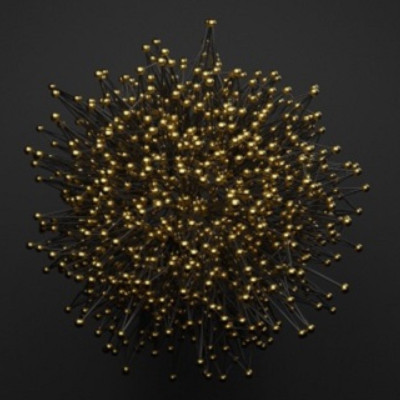 Because individual atoms or molecules are 100 to 1000 times smaller than the wavelength of visible light, it is notoriously difficult to collect information about their dynamics, especially when they are embedded within larger structures.

In an effort to circumvent this limitation, researchers are engineering metallic nano-antennas that concentrate light into a tiny volume to dramatically enhance any signal coming from the same nanoscale region. Nano-antennas are the backbone of nanoplasmonics, a field that is profoundly impacting biosensing, photochemistry, solar energy harvesting, and photonics. 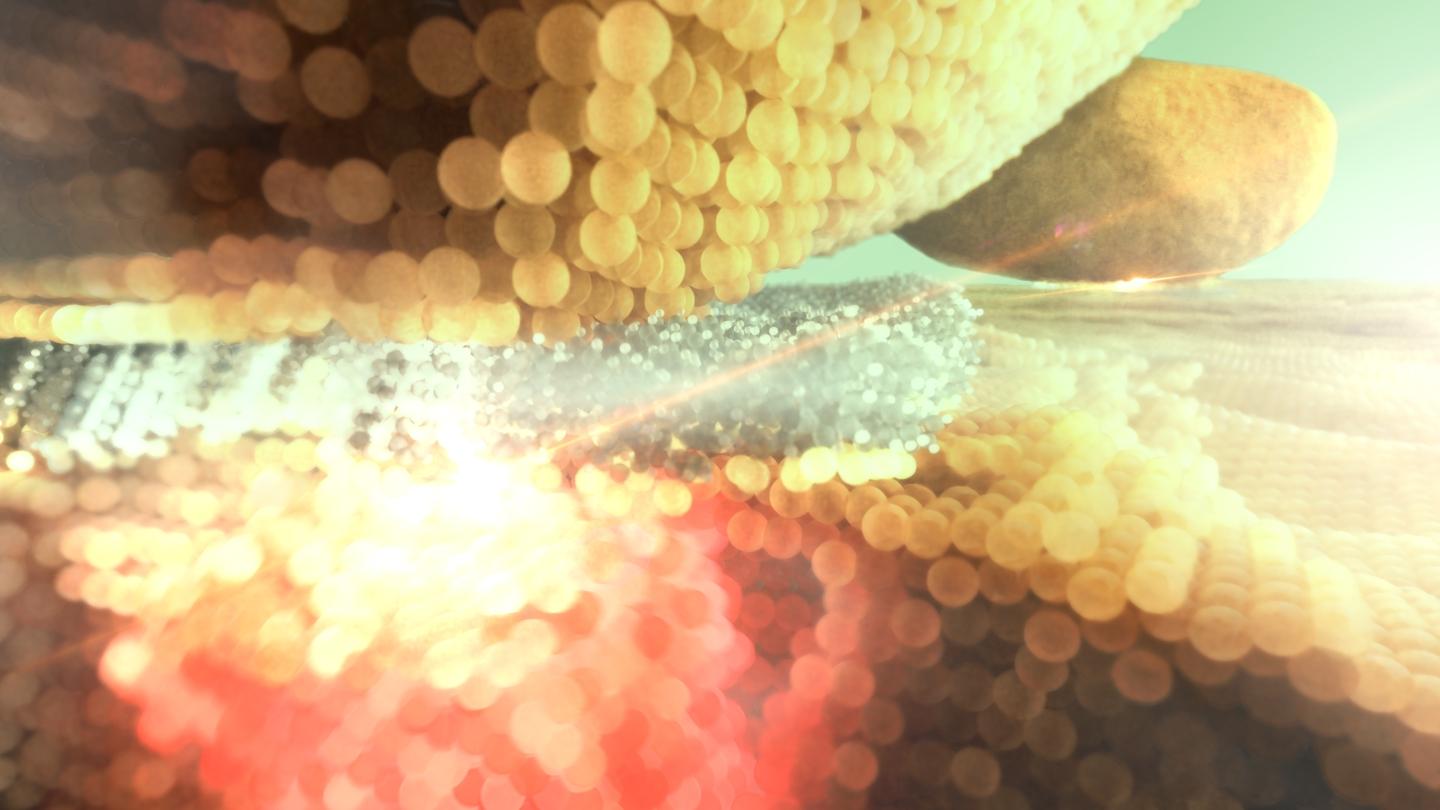 Plasmonic nano-antennas fabricated at EPFL: gold nanoparticles are deposited on a gold film covered with a layer of molecules. Light emission from defects near the film surface is strongly enhanced by the antenna effect, enabling its detection.

Now, researchers at EPFL led by Professor Christophe Galland at the School of Basic Sciences have discovered that when shining green laser light on a gold nano-antenna, its intensity is locally enhanced to a point that it "knocks" gold atoms out of their equilibrium positions, all the time maintaining the integrity of the overall structure. The gold nano-antenna also amplifies the very faint light scattered by the newly formed atomic defects, making it visible to the naked eye.

This nanoscale dance of atoms can thus be observed as orange and red flashes of fluorescence, which are signatures of atoms undergoing rearrangements. "Such atomic scale phenomena would be difficult to observe in situ, even using highly sophisticated electron or X-ray microscopes, because the clusters of gold atoms emitting the flashes of light are buried inside a complex environment among billions of other atoms," says Galland.

The unexpected findings raise new questions about the exact microscopic mechanisms by which a weak continuous green light can put some gold atoms into motion. "Answering them will be key to bringing optical nano-antennas from the lab into the world of applications - and we are working on it," says Wen Chen, the study's first author.