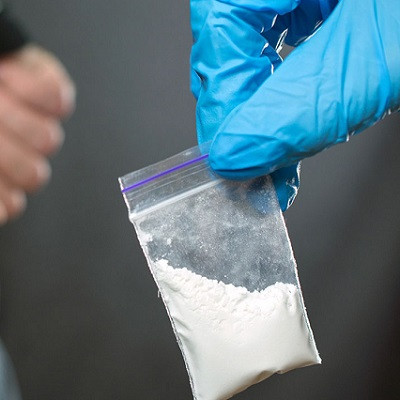 Riz Zist Tarasheh Fanavaran company has produced a drug detection sensor containing gold nanoparticles, which makes detection of drugs such as methamphetamine, heroin, morphine, cocaine, and codeine possible in less than 5 minutes in interurban and border terminals as well as airport gates.

Currently, there are multitudes of methods including high-performance liquid chromatography, gas chromatography, mass spectrometry and capillary electrophoresis employed for the detection of different assortments of drug. However, the main shortcoming of such analytical methods appears to be their high cost and time-consuming nature, not to mention the necessity of presence of specialized operators.

In order to address this setback, Riz Zist Tarasheh Fanavaran, an Iranian company, has produced nano-sensors called optosensors. In the production of such sensors, this company has made use of aptamer nanoparticles due to their unique properties such as biocompatibility, conductivity, extremely high extinction coefficient, chemical stability, unique optical and electrical qualities, and a high effective area in the production of fluorescent optosensors, as well as gold nanoparticle colorimetry and electrochemistry. Aptamers are single-stranded oligonucleotide ligands. The use of aptamer sensors is rather a novel diagnostic method that has received much attention in recent years.

Optosensors have been widely used in diagnostic methods due to possessing advantages like high sensitivity, ease of production, lack of toxicity or stimulation of the immune system, low cost and small size. If drugs are present in the sample, the aptamer will enter into a reaction with the existing drug, which will result in a change of color in the test sample from red to purple.

The kit has numerous favorable advantages such as rapid detection time (in less than 5 minutes), no need for specialized personnel, no need for special facilities, simultaneous identification of four various types of drug (heroin, morphine, cocaine and opium), extremely high selectivity and producing no reaction with other substances such as codeine, methamphetamine, methadone, tramadol, alprazolam, lorazepam, diazepam, acetaminophen, and antibiotics. These nanoparticle-based sensors have been produced having considered the drawbacks of the kits currently present in the market, both domestic or imported ones, and the domestic capacity in terms of aptamers and gold nanoparticles, and they are therefore deemed highly competitive with their similar drug-detection counterparts in this regard.

The sensors can quickly detect the presence or absence of drugs in less than 5 minutes and can be used in passenger terminals and airports, where time is a paramount factor. It should be noted that this company also possesses gold nanoparticle colloids in its list of nanoproducts along with the methamphetamine, heroin, morphine, cocaine and codeine optosensors.