The Development of a Highly Efficient Nanotechnology-Based Lithium Extraction Solution 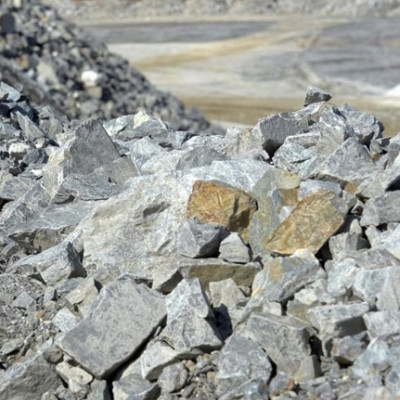 The demand for lithium extraction is growing daily, driven by its use in several different fields. This demand is only increasing with new technological developments such as the electric car. However, extracting lithium can be lengthy and not very cost-efficient for technology companies. Litus, a newly founded company from the University of Calgary, aims to disrupt the market with its unique lithium extraction solutions utilizing nanotechnology in its new product LiNC. This article will explore the workings of lithium extraction and how Litus could revolutionize this field.

Litus was formed in 2019, based on research that was originally conducted at the University of Calgary. The company utilizes a team's expertise, including a group of chemists, nanotechnologists, chemical process engineers, and experienced entrepreneurial business professionals. Litus’s team has had a proven track record of success in scientific achievements and developing novel technologies for industrial and commercial success.

With the launch of novel product LiNC, Litus has introduced a patent-pending lithium extraction solution, initially developed at the University of Calgary in Alberta, Canada. The technology consists of a nanotechnology composite material with robust ionic affinity and lithium selectivity in the presence of high concentrations of competing ions such as sodium, magnesium, and calcium. This is significant for lithium extraction due to the demand and widespread use of lithium in varying fields.

Lithium is a highly reactive alkali metal with properties such as high electrical and heat conductivity. This makes the element very attractive to various industries, from manufacturing glass to consumer electronics. However, this element in its pure form is not found naturally and is instead found in salts or other compounds in underground deposits of brine, mineral ore, and clay.

Due to this, lithium extraction is required. The process consists of chemical processes that isolate lithium from the form it is found in and convert it into a commercial and stable state, such as lithium carbonate. This form can be sold and converted easily into whatever state is required by the industry that purchases it, which may convert and utilize the element in varying reactivity states.

While lithium may be abundantly found on land and underground, not many economically viable extraction solutions are available. The lithium extraction process from brine is straightforward. However, it is time-consuming, taking several months to even years to complete. The process consists of drilling to access the underground salar brine deposits, followed by pumping the brine to the surface and distributing it to evaporation ponds. The brine remains in this pond depending mainly on solar evaporation, which removes the water content. This can take months or even years for most of the water to be removed and for the lithium content to reach an optimal concentration.

How Can Nanotechnology Be Used to Help Limit Climate Change?

Although reverse osmosis can be used to accelerate this evaporation process, the amount of time this step can take is still lengthy. Once an ideal lithium concentration is reached, the following steps require completion, and this includes pretreatment to remove contaminants and chemical treatment, filtration, and commercial lithium production.

The development of LiNC, Litus’ first product, aims to utilize a lithium extraction solution that will revolutionize this industry, with the ability to accomplish more in a single step than its competitors that use technology with chemically intensive and energy inefficient steps.

The use of nanotechnology composite material, which has the capacity of having a high affinity, is quite fragile. However, the development by Litus has consisted of advanced materials that can uniquely combine efficiency and durability. This is integral for effective industrial application and meeting mass demand.

A statement by Litus remarks that its technology would extract more lithium from brine sources more efficiently and sustainably than its competitors. This would revolutionize lithium extraction with a more effective and efficient path to creating a higher volume. It would also do so more economically and sustainably to ensure a global demand can be met.

The company is now in the process of qualifying prospective customers and seeking investors to accelerate inspiring energy solutions as a future market leader in this field.