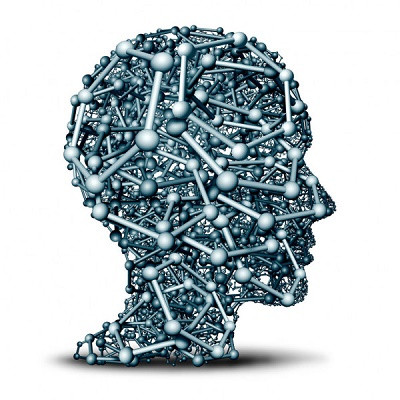 How to construct the dual emission nitrogen-doped carbon dots (CDs) by a simple method? Professor Lili Ren with her collaborators proposed a new strategy to prepare such materials which were used to the detection of dopamine.

The traditional ratiometric fluorescence (FL) probe usually needs to combine different nanomaterials by chemical or physical methods and the manufacturing process is more complicated. While the dual-emission carbon dots (DECDs) can simplify the detection process.

Therefore, it is of great significance to design a simple ratiometric fluorescence probe based on the DECDs for the accurate determination of DA concentration.

Here, a new kind of dual-emission N-doped carbon dots (N-CDs) was prepared by one-pot hydrothermal method with p-phenylenediamineas as carbon source and triethylamine as nitrogen dopant. The synthesized N-CDs show FL emission at 435 nm and 595 nm under 360 nm excitation wavelength.

The N-CDs can be used as a ratiometric fluorescence probe for highly selective detection of DA. This is the first time to report the dual-emission fluorescence carbon dots to detect DA. 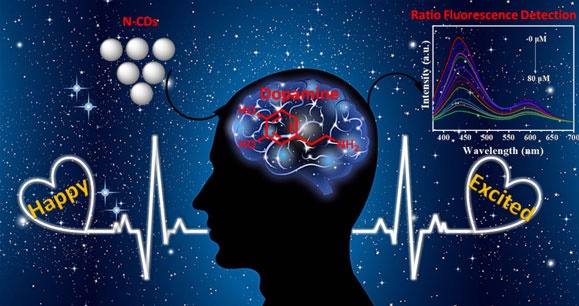 A schematic illustration of Synthesis of nitrogen-doped double-emission carbon dots and ratio fluorescence detection for dopamine, which acts as a neurotransmitter to regulate various physiological functions of the central nervous system.

This work was supported by A Project Subsidized the Priority Academic Program Development of Jiangsu Higher Education Institutions (1107047002). The paper can be found in NANO journal.