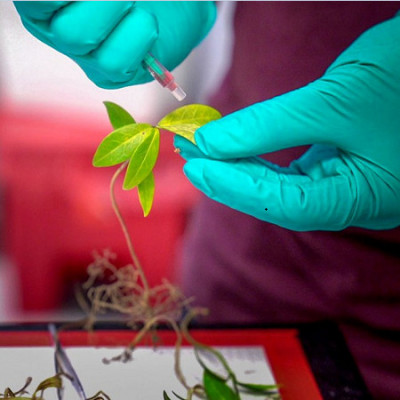 Water regulation in leaves is vital to a plant’s health, affecting its growth and yield, disease susceptibility and drought resistance.

A breakthrough technology developed by Cornell researchers uses nanoscale sensors and fiber optics to measure water status just inside a leaf’s surface, where water in plants is most actively managed.

The engineering feat provides a minimally invasive research tool that will greatly advance the understanding of basic plant biology, and opens the door for breeding more drought-resistant crops. The technology could eventually be adapted for use as an agronomic tool for measuring water status in crops in real time.

The study in maize plants, “A Minimally Disruptive Method for Measuring Water Potential In-Planta Using Hydrogel Nanoreporters,” published June 1 in the Proceedings of the National Academy of Sciences.

“One of the goals is to have tools that allow internal biology to be expressed out into the world in a way that can be captured and digitized,” said senior author Abraham Stroock, the Gordon L. Dibble ’50 Professor in the Smith School of Chemical and Biomolecular Engineering in the College of Engineering. 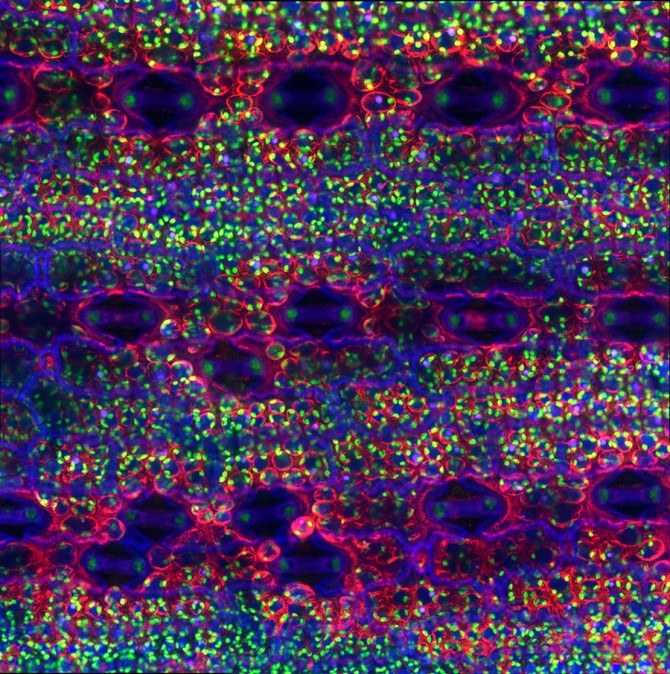 Outside of leaves’ transport tissues, called xylem (the veins), lies an interior zone called the mesophyll, where most of the plant’s photosynthesis and water stress occurs. Biologists suspect that signals are sent from here to the rest of the plant for managing water. Also, at the surfaces of leaves and stems, pores called stomata open and close to control the rate of exchange of gasses, mostly water vapor and carbon dioxide.

The new technology works in this microscopic zone.

“We are now sensing water right at that terminal place,” Stroock said. “We’ve shown that by getting such a localized measurement, we can dissect the dynamics of water in the tissues” in minimally invasive ways, he said.

The technique involves injecting a nanoparticles formed of a soft synthetic hydrogel, called AquaDust, for measuring a leaf’s water potential. The hydrogel, which occupies the interstitial spaces between cells in the mesophyll, is water-absorbent, swelling and shrinking based on water availability in the leaf.

The AquaDust contains dyes whose interactions allow it to fluoresce at different wavelengths depending on how close the dye molecules are to each other. By using fiber optics, the researchers can shine a light and get a spectrum back, which provides a measurement of water potential inside the leaf.

In the study, the researchers injected the AquaDust in multiple places along meters-long maize leaves and then measured the water gradients both along the length of the leaves and through the mesophyll. These measurements allowed them to develop a model of the tissue response to water stress and accurately predict  the dynamics observed in the field.

This technology may have commercial applications for crop research, production agriculture, and manufacturing industries, but for now the researchers’ focus is on the invaluable measurements of very local physiology of water management in plants. As a research tool, it allows plant biologists to better understand extremes of water stress, which could lead to breeding more water-efficient crops.

Michael Gore, Liberty Hyde Bailey professor and professor of molecular breeding and genetics in the Plant Breeding and Genetics Section of the School of Integrative Plant Science in the College of Agriculture and Life Sciences, is a co-author. Weizhen Liu, a former post-doctoral researcher in the Gore lab and current associate professor at Wuhan University, is co-first author.