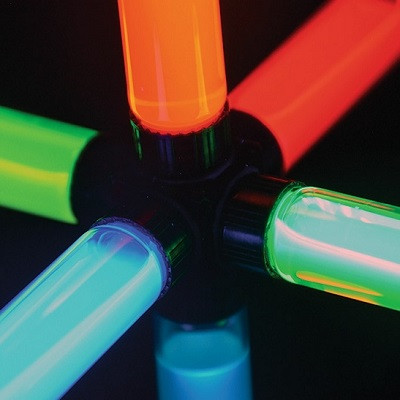 Researchers from Skoltech and Ludwig Maximilians-Universität (LMU) in Germany have studied the fundamental properties of halide perovskite nanocrystals, a promising class of optoelectronic materials. Using a combination of theory and experiment, they were able to show and explain an intricate connection between composition, light-induced lattice dynamics, and stability of the materials. The paper was published in the journal Nature Communications.

Perovskite nanocrystals (PNCs) are semiconductor nanocrystals that, thanks to their unique properties, have found a number of applications in optoelectronics, for instance, in lasers and LEDs. PNCs have a much higher photoluminescence quantum yield compared to bulk materials. Moreover, at nanoscale the quantum-confinement can be achieved, which could be used as an additional means of tuning optical properties of such materials. Metal halide perovskites have electronic properties that make the optical properties of nanocrystals made from these materials more tolerant to defects than other semiconducting materials.

Assistant Professor at the Skoltech Center for Energy Science and Technology (CEST) Sergey Levchenko and his colleagues used atomistic modelling to explain the results of femtosecond pump-probe spectroscopy, a method that allows to observe lattice dynamics in real time. They studied the coherent lattice vibrational dynamics – how atomic structure of PNCs evolves after excitation with a laser pulse with a duration shorter than the period of vibrational modes — for hybrid halide PNCs.

They found, among other things, that energy transfer between vibrational modes in iodine-based perovskite nanocrystals is much more pronounced than in bromine-based ones due to a difference in interaction between the inorganic framework and the organic moiety in organic–inorganic halide PNCs.

“These results pave the way to a rational control over fundamental properties of such PNCs, including energy transfer upon optical excitation and charge-carrier relaxation, via compositional changes,” Levchenko says.

Read the original article on The Skolkovo Institute of Science and Technology (Skoltech).