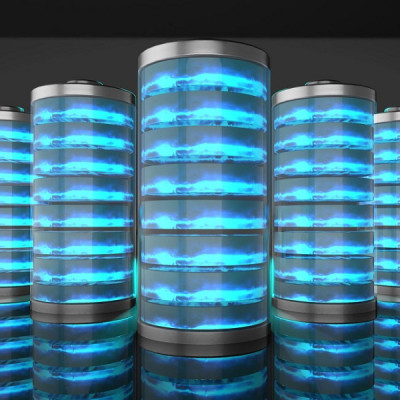 Rechargeable lithium-ion batteries are ubiquitous, powering smartphones, tablets, laptops and, increasingly, electric vehicles. Making these batteries lighter, smaller, cheaper and able to charge faster, all without sacrificing performance, is therefore a major design challenge. To tackle this problem, scientists and engineers are developing new electrode materials that can store greater amounts of lithium in the same amount of space.

One promising solution is the use of alloy-type materials in a battery’s negative electrode, also known as the anode. For example, one pound of silicon—which produces an “alloy-type” anode—can store about the same amount of lithium as ten pounds of graphite, which is found in the “intercalation-type” anodes currently used in commercial lithium-ion batteries. This means that replacing the latter with the former could potentially make the anode 10 times lighter and considerably smaller.

Despite this promise, alloy-type anodes have not seen widespread adoption. This is partly because when lithium ions are inserted into the alloy-type silicon particles within the anode, those particles begin to expand and break apart, resulting in a battery that fails after only a few charging cycles. Reducing the size of these particles so their features are at the nanoscale—such as in nanoporous silicon—mitigates this kind of degradation, but the actual mechanisms at play are not fully understood.

Now, in a study published in ACS Energy Letters, Penn Engineering researchers have charted the complicated electrochemical process that occurs at the nanoscale when alloy-type anodes charge and discharge. A better understanding of the degradation behavior that is currently impeding this promising class of energy storage materials could open the door to new, more efficient battery designs.

The study was conducted by Eric Detsi, Stephenson Term Assistant Professor in the department of materials science and engineering (MSE), along with graduate research assistants John Corsi and Samuel Welborn. They collaborated with Eric Stach, professor of MSE and director of the Laboratory for Research on the Structure of Matter (LRSM).

As their name suggests, lithium-ion batteries store energy through an electrochemical reaction between lithium from the positive electrode, also known as the cathode, and the material in their anode. As lithium ions physically enter the spaces in the anode’s lattice during charging, they bond with that material and absorb electrons in the process; discharging the battery removes the lithium so the process can be repeated, but in the case of alloy-type anodes, also causes the anode material to grow and eventually break apart.

There are multiple intermediary steps in these processes; understanding how they differ between dense silicon and nanoporous silicon might give some hint as to why the latter better resists degradation. However, close investigation of these processes in action has been stymied by challenges in imaging the relevant silicon structures at such small scales.

“To address this challenge,” Dr. Detsi said, “we used a unique combination of transmission electron microscopy and X-ray scattering techniques to study the degradation of lithium-ion battery anodes during charging and discharging.”

“We used gold instead of silicon because gold yields better contrast during electron microscopy imaging than silicon, which allows for clear detection of the solid-electrolyte interphase surface coating, known as SEI, that forms on the gold electrode during charging and discharging,” added Mr. Welborn. “Gold also scatters more X-rays than silicon, which makes it easier to probe changes to the anode structure during those processes.”

For this study, the team used the electron microscopy facility at the Singh Center for Nanotechnology, as well as the Penn Dual Source and Environmental X-ray Scattering (DEXS) facility in the LRSM. The results from these two techniques formed a rich dataset that allowed the researchers to update the previously understood model for how this degradation process occurs.

These instruments allowed the team to identify the crucial step during discharge: the formation of a thick SEI layer on the porous gold surface. As the battery is charged again, a fresh SEI layer grows on the surface, collecting more fractured pieces of the electrode. This damage accumulates over repeated charging cycles, with large pieces of the electrode eventually splitting off and causing the battery to rapidly fail.

The researchers believe that the insights obtained for nanoporous gold have wide-ranging implications for other highly studied, promising alloy-type anode materials such as silicon and tin. Understanding the mechanisms for how these anodes degrade over time will allow researchers to design long-lasting, high-energy-density battery materials.

Read the original article on The University of Pennsylvania Almanac.